Are the Astros really being targeted for hit-by-pitches this spring?

The narrative is spreading rapidly in the early days of spring training, told with a certain taste of glee. The Astros are getting hit by a lot of pitches! The cheaters are getting their comeuppance! They're already being targeted and it's not even the regular season! There are Twitter accounts with names like Astros* Bean Counter and 2020 Astros Shame Tour tracking all the hit batters. Non-sports sites are publishing videos on Facebook. The "Today" show did a segment on it Friday morning. My friend Dan tells me that even his mom mentioned to him that the Astros are getting hit a lot.

The narrative isn't completely wrong, but let's put this in some context. As always, context is important and hyperbole can be misleading.

Entering Friday's spring training games, the Astros have been hit by seven pitches. That's no longer the most; the Cardinals have been hit by eight pitches -- and they certainly are not being targeted for anything this spring. Four other teams have been hit by six pitches, including the Tigers, and nobody is purposely throwing at batters from a team that lost 114 games last season.

Also, consider the seven Astros who have been hit:

"It was a splitter. It just got away from him," Bregman said.

Of the six pitchers, only three pitched in the majors in 2019. With the exception of Urena, these are all pitchers fighting for jobs who are trying to impress the big league brass. They're not going to intentionally throw at batters. Castro is a Tigers minor leaguer who hit nine batters last season and 15 in 2018.

Urena did hit Diaz on the elbow with a fastball and he's the pitcher who purposely hit Ronald Acuna Jr. in 2018, but it's clear from Urena's reaction as he immediately screams in disgust at himself that he wasn't trying to hit Diaz. Plus, why would Urena be throwing at a guy who wasn't on the team in 2017?

So there really is nothing to what we've seen so far.

There is plenty to write about regarding the fallout from the cheating scandal without resorting to false narratives. Astros players are getting loudly booed during spring training games and we've seen the video of the Mets fan pounding a plastic garbage can in the left-field bleachers. Those boos will only get louder in the regular season. How the Astros deal with becoming baseball's Evil Empire will be a huge storyline once the season begins.

It's also certainly possible that once the regular season begins, we will see some pitchers throwing at Astros batters. The William Hill sportsbook put the over/under on Astros batters getting hit by a pitch at 83.5 -- they were hit 66 times last season -- but that's not an especially large total as Mets batters led the majors with 95 HBPs in 2019.

But let's wait and see if that actually happens. Because Anthony Castro hitting Jake Meyers has nothing to do with the Astros banging garbage cans in 2017. 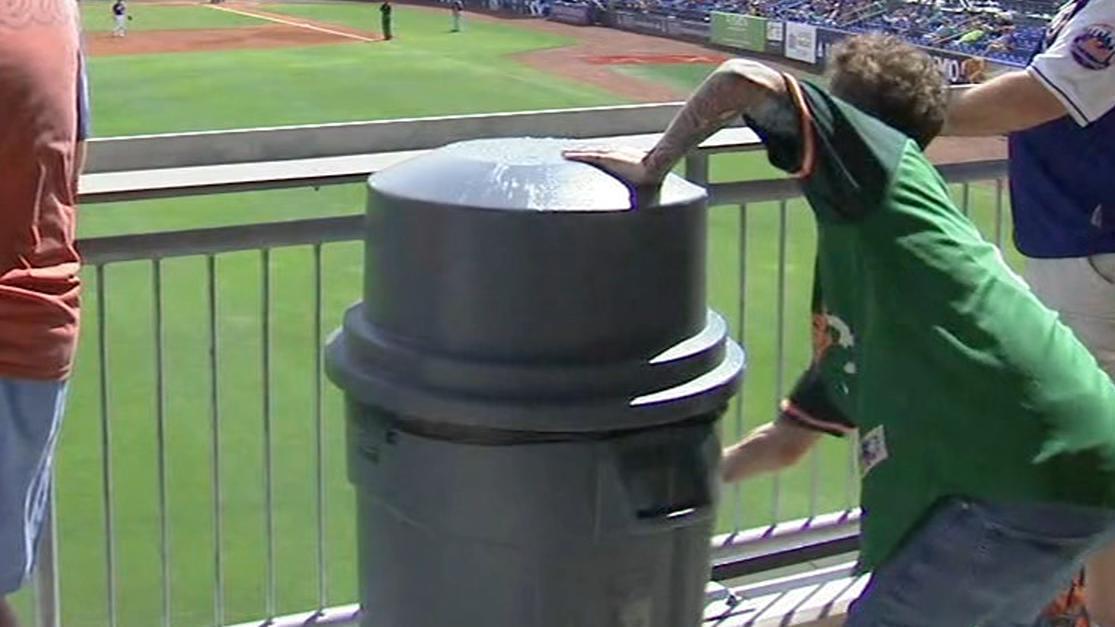