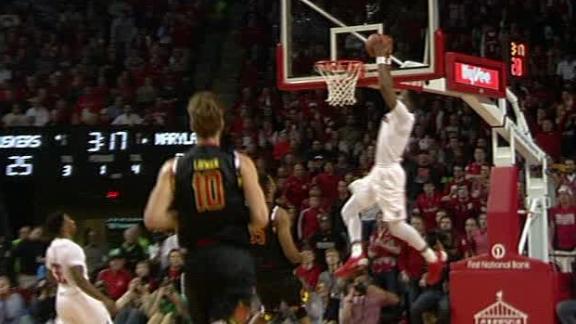 White, a 6-foot-6 wing who began his college career at Kansas, told ESPN that he will play this season for coach Jim Boeheim and the Orange. White, who also considered VCU, averaged 16.6 points last season for the Cornhuskers.

He also tweeted about his new school Sunday.

White will give Boeheim a long-range threat as he made 41 percent of his attempts from beyond the arc last season. The addition of White should help ease the early departure of Malachi Richardson, who left after his freshman season and was chosen in the first round of the NBA draft.

White spent his first two seasons at Kansas and played sparingly before transferring to Nebraska -- where he excelled last season. He decided to test the new NBA draft process before opting to return to college and then announced in late June that he would be leaving Nebraska for his final season.