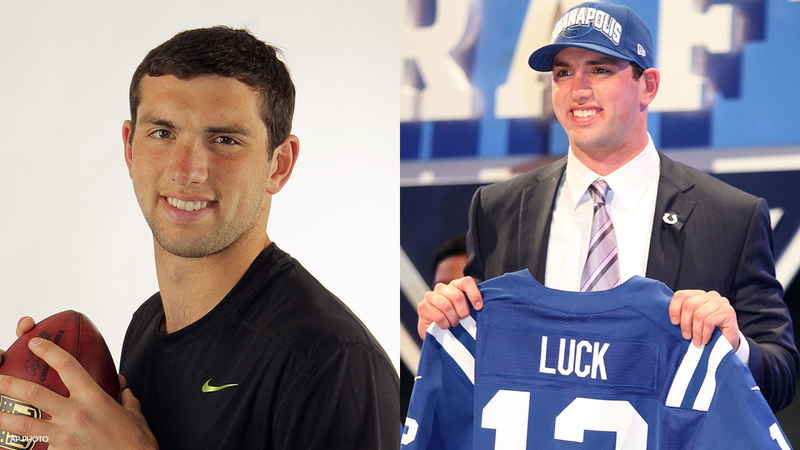 HOUSTON, Texas (KTRK) -- Andrew Luck's retirement was met with shock throughout the NFL.

The former first overall pick broke into the league billed as the most NFL-ready quarterback in his class.

With superstar aspirations, Luck's path to notoriety built upon his pedigree, thanks to his father, former Houston Oilers QB Oliver Luck.

Yet, the road to the NFL was exhausting. By the end of the 1980s, Oliver Luck, already out of the league, was searching for life after his playing days. In 1989, the elder quarterback already welcomed Andrew to the world.

Oliver became a front office executive in the rising World League of American Football, which later was named NFL Europe.

Through this, Andrew, the oldest of Oliver's four kids, spent the first decade of his life growing up in London and Germany.

By 2001, Oliver and family returned stateside and resettled in Houston when he gained a role with the Harris County Sports Authority.

For Andrew, though, quarterbacking was in his blood, leading to overachieving stints at Stratford High School and his five-star recruitment at Stanford.

Watch the video above to see the winding road that Andrew took.

Luck played at Stratford High School and was the first overall pick in the 2012 NFL Draft.