Amy Van Dyken-Rouen out of ICU 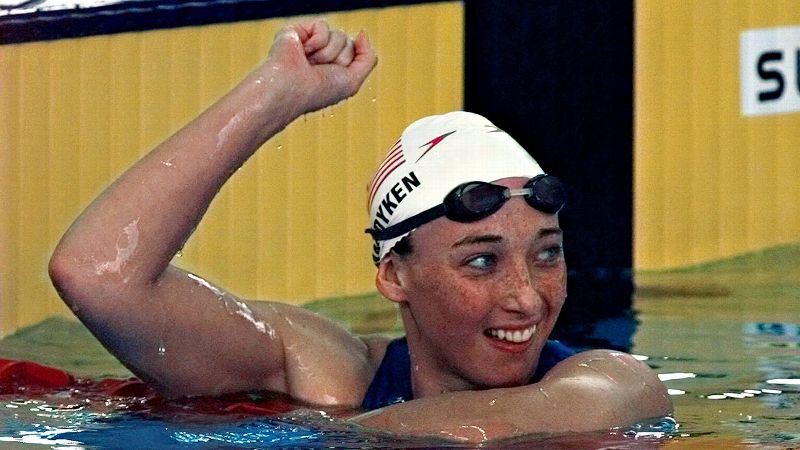 Hospital spokeswoman Jamie Grimm says the six-time gold medalist was in good condition and moved from the ICU on Sunday morning.

FINALLY out of ICU! Now I have an amazing view. Sorry the blinds are in pic, but you still get the idea. http://t.co/c5Bl9WhhmA

- Amy Van Dyken-Rouen (@amyvandyken) June 15, 2014Van Dyken-Rouen was injured June 6 when the ATV she was driving hit a curb and sent her hurtling off a drop-off near Show Low. The accident left her paralyzed, though her family says it's unclear if she will remain that way.

The 41-year-old swimmer plans to do her rehabilitation at a Denver-area hospital.

She won four gold medals at the 1996 Atlanta Olympics and two more in Sydney before retiring from competition.