Amputee continues his passion for the sport of boxing 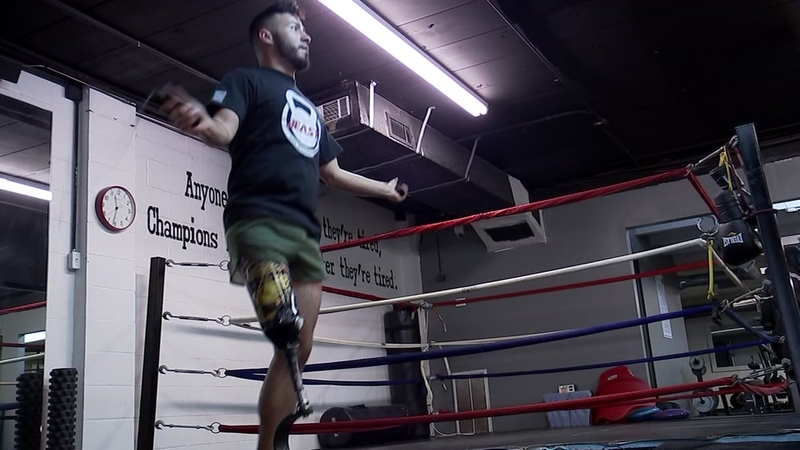 Amputee continues his passion for boxing

HOUSTON (KTRK) -- In boxing, getting knocked down is nothing unusual. Getting back up is what makes you a champion.

Eric Morante, 32, was not only floored while serving in Iraq, his Marine squad had a bridge crumble on them after being hit by a suicide bomber. The Spring Woods graduate lost his right leg, but not his passion for life or for the fight game.

"I was a boxer before I lost my leg," Morante said. "I wanted to get back in the ring. Boxing had been my sport."

Morante got back in the ring with the help of a prosthetic leg. He found a way to use boxing to help other amputees.

He started the National Amputee Boxing Association in 2012, which is the first non-profit that has amputee sanctioned fights.

Morante will be on the card in Lou Savarese's Black Tie Boxing benefiting the Lone Survivor Foundation next Tuesday night at the Silver Street Studios in Houston.

Now, boxing has become more than a sport.