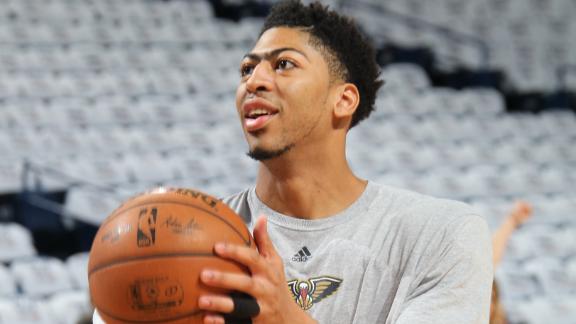 Gentry, hired to replace Monty Williams on May 30, said on a Tuesday conference call that he has directed Davis to log heavy practice reps from beyond the arc this summer.

"That's got to become a consistent shot for him," Gentry said, according to the New Orleans Times-Picayune. "I don't think he's going to have any problem doing it. If you go back and look at his high school days, he was a very good 3-point shooter, but all of a sudden, he decided to grow 6 or 8 inches. He still has that range, but I don't think it has been incorporated in the offense in college or the pros that he's been in."

"We want him to shoot that shot," Gentry said. "So I think you'll probably see him make more 3s than he's made his entire career."

"He's a building block for everyone, and we will try to run our offense through him," Gentry said.