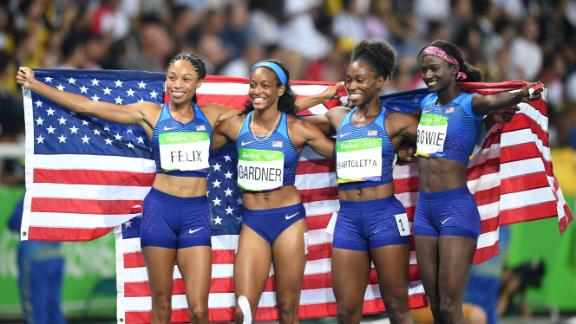 RIO DE JANEIRO - After controversy almost kept the United States women's 4x100-meter relay team out of Friday's final, the group instead was able to defend its Olympic title.

The team of Tianna Bartoletta, Allyson Felix, English Gardner and Tori Bowie finished in 41.02, followed by Jamaica and Great Britain.

The Americans, who needed to set a qualifying time in a solo rerun hours after dropping the baton in the preliminaries and getting a second chance on protest, won Friday's final in 41.01 seconds.

The gold is Felix's fifth, the most of any U.S. female track star in history.