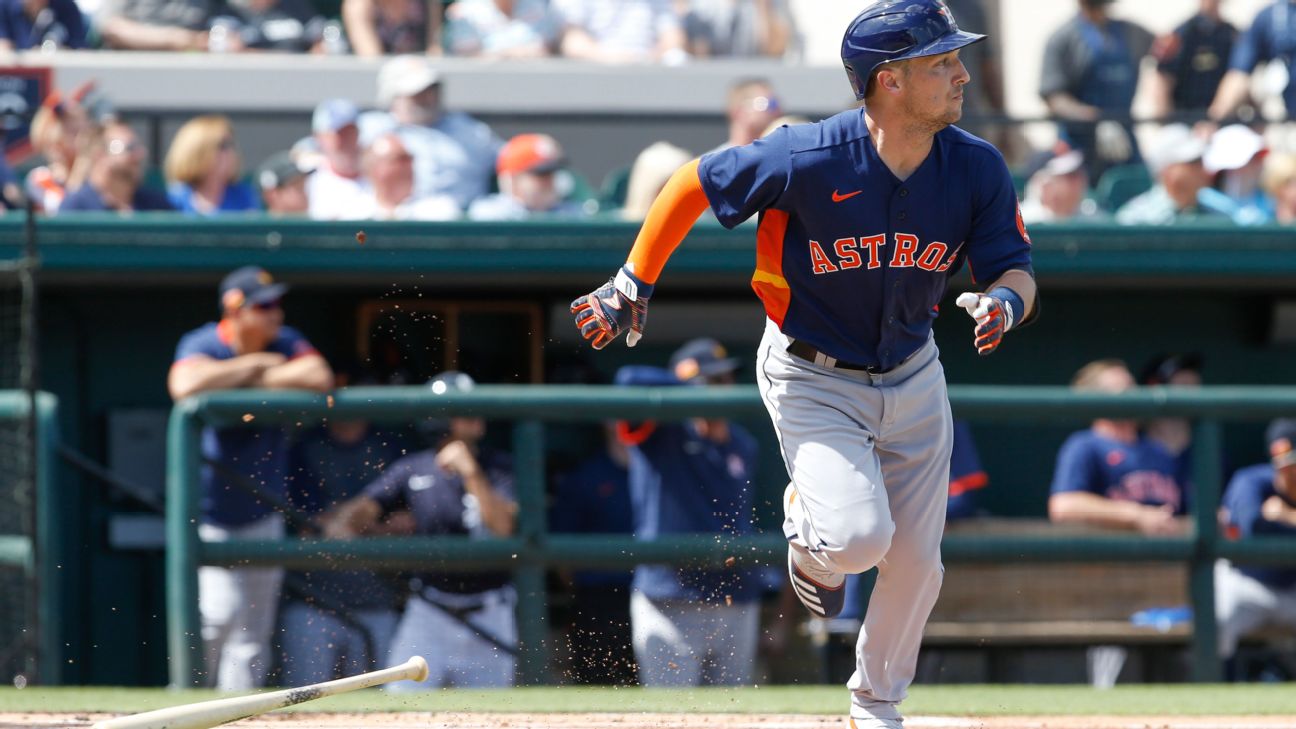 WEST PALM BEACH, Fla. -- Houston's Alex Bregman was hit on the back by a breaking ball from St. Louis reliever Ramon Santos on Wednesday, making him the seventh Astros player plunked in five spring training games.

"It was a splitter," Bregman said. "It just got away from him."

Some opposing players have called for retaliation against the Astros following Major League Baseball's finding that Houston broke rules against electronic sign stealing en route to its 2017 World Series title and again in 2018.

Dustin Garneau was hit Sunday against Washington, and Jose Altuve was grazed Monday against Detroit, when Osvaldo Duarte and Alex De Goti also were hit. Aledmys Diaz and Jake Meyers were hit Tuesday against Miami.

Santos' 1-0 pitch in the fifth inning struck Bregman on the left shoulder blade. The two-time All-Star trotted to first, then was replaced by a pinch runner.

"I think I got hit, like, 10 times last year or something like that," Bregman said. "One of them got me good last year, but that one was just a split-finger."

Bregman hit his first homer of spring training Wednesday, a tying solo shot in the third on an 0-2 pitch from Angel Rondon. Houston hit four homers in a 7-5 loss to the Cardinals in a split-squad game for both sides.

"I could tell it was brewing," Houston manager Dusty Baker said. "Some of those pitches were kind of close for a spring training game. He called a good game, but it was tight, a tight zone."
Report a correction or typo
Related topics:
sportsespnalex bregmanmlbhouston astros
Copyright © 2021 ESPN Internet Ventures. All rights reserved.
More Videos
From CNN Newsource affiliates
TOP STORIES