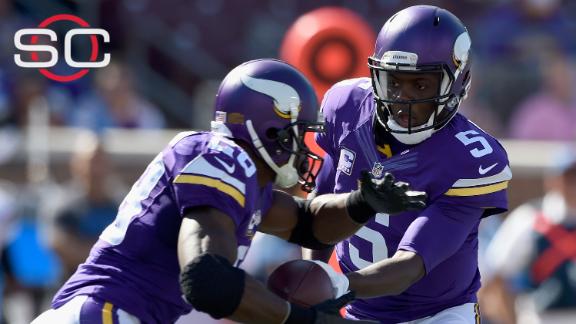 EDEN PRAIRIE, Minn. -- After posting just 31 yards in Week 1, Adrian Peterson is again the NFL's rushing leader. He's in pursuit of a third rushing title, which Peterson says is one of his goals, and has been the focal point of the Minnesota Vikings' offense in two victories in which he's run for a combined 260 yards.

That's happened, Peterson said, without any campaigning for additional work.

Peterson said Thursday he hasn't asked offensive coordinator Norv Turner for more carries or stipulated that they come with quarterback Teddy Bridgewater under center, as all 20 of Peterson's carries did on Sunday against the San Diego Chargers. The running back has said he prefers getting the ball in the I-formation to the shotgun, and he's been markedly more effective on those carries, averaging 5.86 yards on each with Bridgewater under center as opposed to 2.2 yards with the second-year QB in the shotgun or pistol, according to ESPN Stats & Information.

There's little doubt Peterson has hit his stride the past two weeks, averaging 2.41 yards per carry after contact in those games, according to ESPN Stats & Information. He had a 43-yard touchdown run against San Diego, and after running 18 sprints during the week before the Chargers game to improve his conditioning, Peterson said, "Physically, I feel like I'm back to where I need to be.

"I don't care what you do; there's nothing like breaking away from guys, cutting on guys on a dime, you know, so I was able to get my legs back under me the past couple weeks. Do some extra conditioning to open my lungs up."

This week, the Vikings will travel to Denver to face the league's top-rated defense, which has allowed just 248 yards against the run this season. It will be Peterson's first game in Denver since his rookie year, when he carried 11 times for just 36 yards in a loss.

"It's going to be a tough challenge for us, and we know that, up front," Peterson said. "It's a challenge we're ready for." 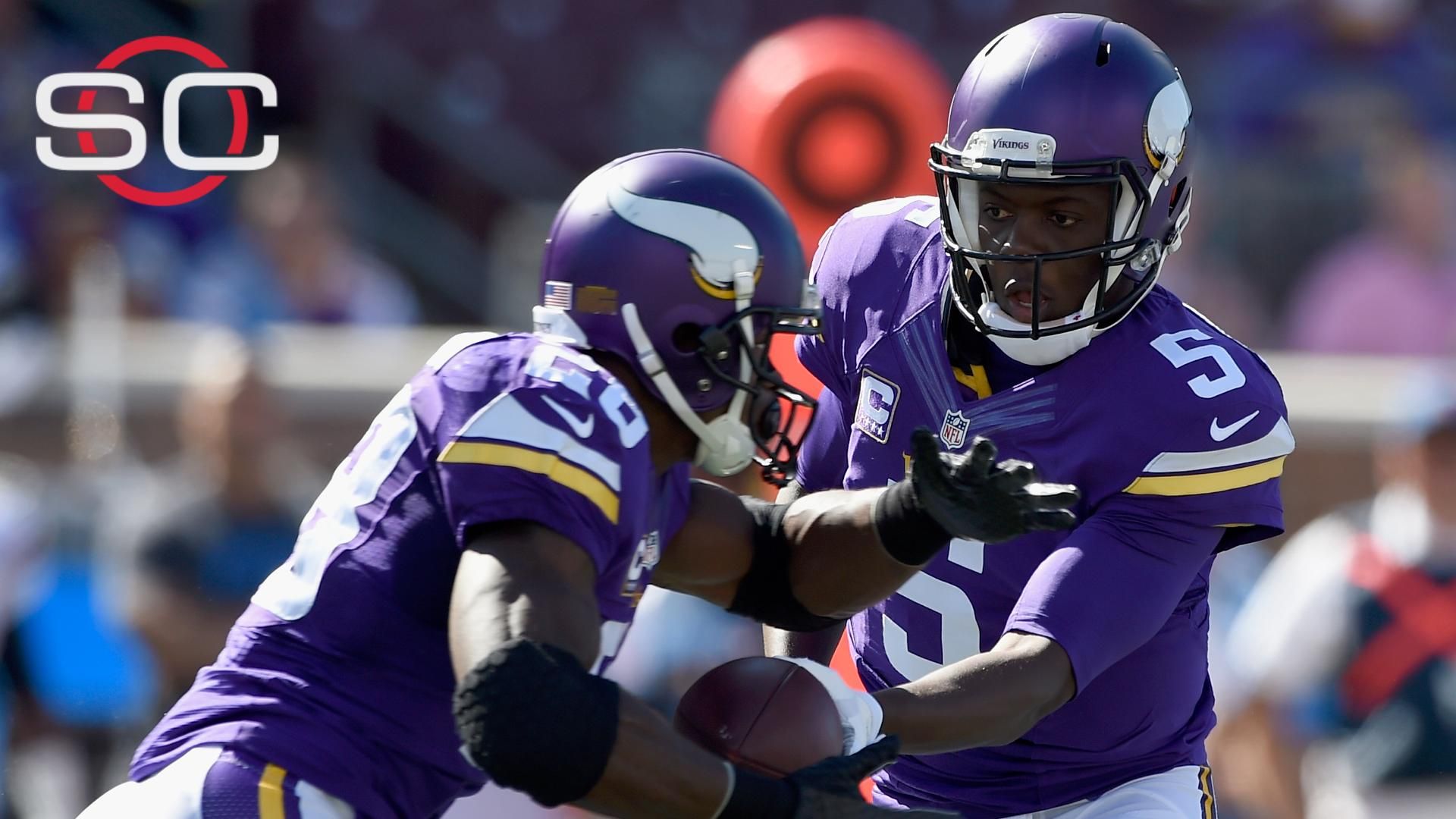