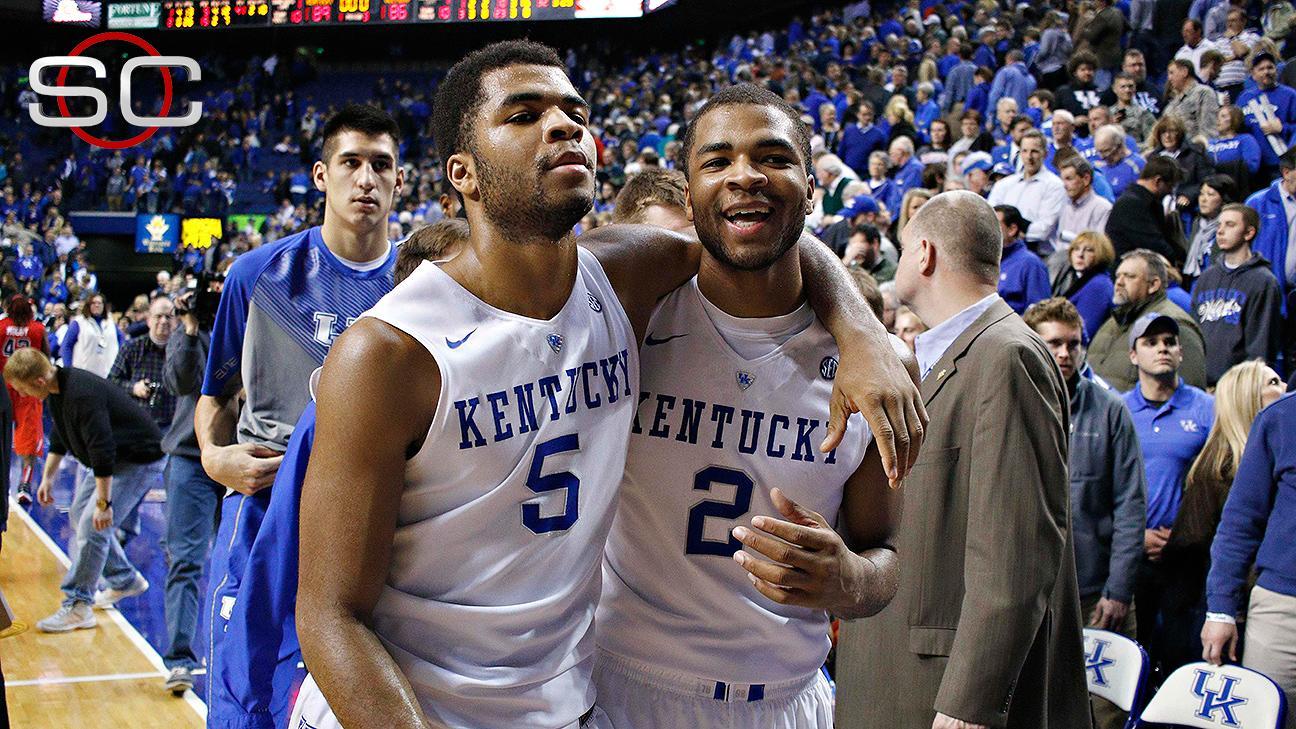 LEXINGTON, Ky. -- Dominant almost all season and facing expectations of going unbeaten, top-ranked Kentucky looked vulnerable and very beatable against a Mississippi team intent on pulling off a seismic upset.

Wildcats guard Aaron Harrison thwarted the Rebels' quest by scoring 26 points, including two big free throws with 1:29 remaining in overtime to put Kentucky ahead to stay. Kentucky then withstood three final Mississippi attempts to rally before escaping with an 89-86 victory Tuesday night to win its Southeastern Conference opener and keep its hopes for a perfect season alive.

"We knew they were going to fight," Aaron Harrison said after beating the Rebels with 9-of-10 shooting from the line and five 3-pointers. "The SEC is tougher than what people think and we knew they weren't going to lay down.

"They came out and fought really hard. We had a game where we had to make big plays and we made them."

Crunch-time heroics weren't expected from Kentucky (14-0, 1-0 SEC), which entered as overwhelming favorites against a Mississippi squad it had beaten 102 times in 115 previous meetings. The Wildcats instead got a back-and-forth battle with the determined Rebels, who didn't flinch and seemed to have momentum and opportunities in their favor.

Especially in OT, as missed free throws down the stretch gave the Rebels chances to either go ahead or tie the game. Mississippi just couldn't take advantage as LaDarius White missed on one possession and the Rebels (9-5, 0-1) lost the ball out of bounds on the next.

The Rebels had one last opportunity after Trey Lyles missed two free throws with 15.4 seconds left, but Martavious Newby's 3-pointer bounced high and was grabbed by Willie Cauley-Stein to keep Kentucky unbeaten.

"We never talked one time (coming into the game) about going in and beat the No. 1 team in the country," Mississippi coach Andy Kennedy said. "I just told them to compete for 40 minutes and I certainly thought we did that. We gave ourselves a chance. I'm proud of the effort, proud of the fight."

Devin Booker added 13 points, Andrew Harrison 12, including a free throw with 33 seconds left, and Karl-Anthony Towns 11 as the Wildcats survived their toughest test this season. Cauley-Stein had 12 rebounds and three blocks in 39 minutes, all of which were critical in withstanding the Rebels.

Stefan Moody scored 25 points and Jarvis Summers 23 for the Rebels, who beat Kentucky 30-26 in the paint and controlled the boards for much of the game before falling short 34-32.

Summers even had a chance to win it at the end of regulation, but his 3-point attempt with 4 seconds left bounced high off the rim with the game tied at 77. The Rebels fell short of pulling off a huge upset, but they succeeded in giving Kentucky the scare that few expected the Wildcats to face in the SEC.

"We're still learning and this is a wake-up call for them," Kentucky coach John Calipari said. "Look, teams are coming after you. We didn't play great, but you have to give it to Mississippi, they played."

Unfazed by trailing Kentucky 12-0 and 18-5, Moody helped Mississippi's offense regroup to mount runs of 10-0 and 7-0 to get within 23-22 before eventually taking a 30-26 lead with 7:01 left in the half. The Rebels led 38-36 at the break behind 50 percent shooting before Kentucky opened the second half with a spurt that put them by as many as six before Mississippi battled back.

The Rebels ended up shooting 49 percent while the Wildcats made 42 percent. But Kentucky made 28 free throws, six more than Mississippi shot in the game.

Leg cramps left Moody sitting on the floor early in OT after being fouled on a 3-point attempt and needing help getting to the bench for treatment. M.J. Rhett took his place at the line and made just one of three shots.

"If (Stefan) Moody doesn't cramp up, we probably lose the game," Calipari said. "He was just ridiculous. We couldn't do anything with him."

Mississippi: The Rebels had their two-game winning streak in SEC openers snapped and fell to 28-54 all-time.

Kentucky improved to 64-19 in SEC openers and 5-1 under coach John Calipari. 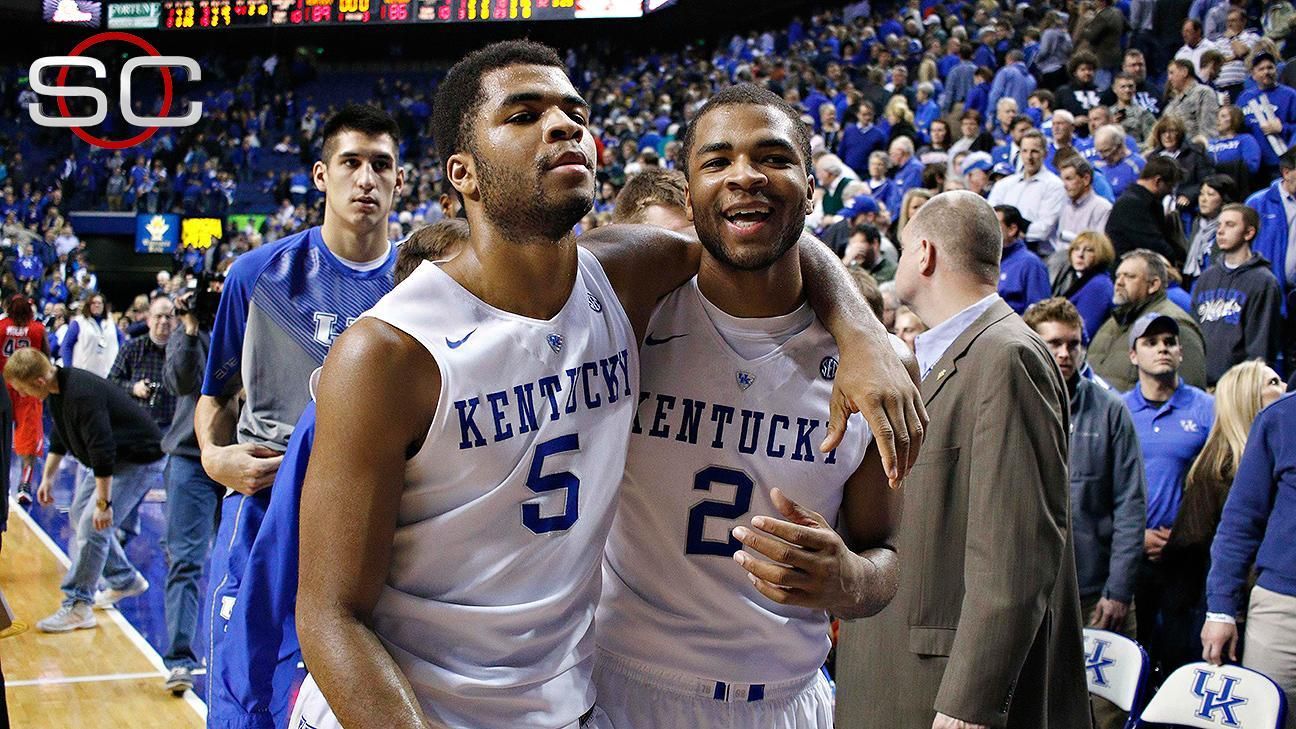 Kentucky Survives In OT
SportsCenter Highlight of the Night: Aaron Harrison led all scorers with 26 points as No. 1 Kentucky held on to beat Ole Miss 89-86 in overtime.

Calipari Likes The Fight In His Team
Kentucky coach John Calipari discusses the toughness he saw in his team in its 89-86 win over Ole Miss.

Andy Katz's 3-Point Shot
Andy Katz explains how Ole Miss might have revealed the keys to beating Kentucky, and he previews two conference matchups: Kansas vs. Baylor and Davidson vs. VCU.

Kentucky Survives In OT
SportsCenter Highlight of the Night: Aaron Harrison led all scorers with 26 points as No. 1 Kentucky held on to beat Ole Miss 89-86 in overtime.

Calipari Likes The Fight In His Team
Kentucky coach John Calipari discusses the toughness he saw in his team in its 89-86 win over Ole Miss.