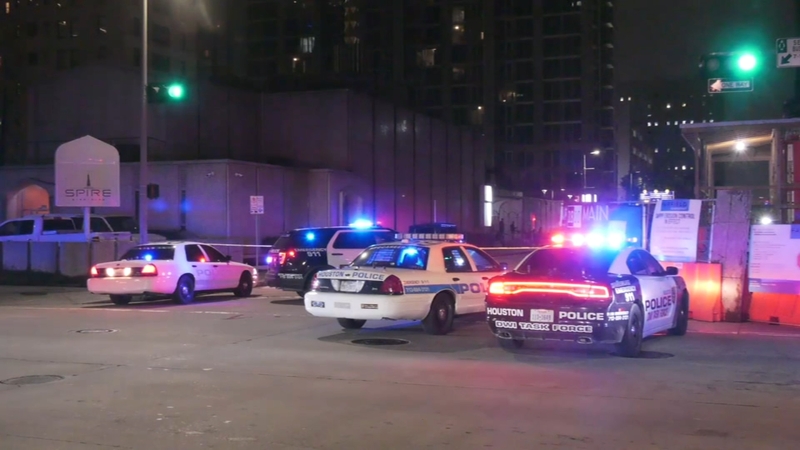 HOUSTON, Texas (KTRK) -- A downtown nightclub employee was wounded early Saturday after a confrontation with an armed patron, police said.

It happened at the Spire nightclub in the 900 block of Jefferson Street just after 1 a.m.

The shooter was attempting to go through a door he didn't have access to when the employee, described as a bouncer, confronted him, according to Houston police.

The two got into an argument when the man pulled out a weapon and fired one time, investigators said. The shooter took off and was still on the run Saturday morning.

The bouncer was struck in the arm and taken to a hospital where he was stable.