HOUSTON, Texas (KTRK) -- Robert Parra flew all the time for work. He flew so often, he tells us that he had more than a million Southwest Rapid Rewards points. His plan was to start using them to go places he wanted to go, not places his boss wanted to send him.

But then, life got in the way. His wife was diagnosed with cancer and travel plans gave way to hospital visits. Robert was diagnosed too, and just after, he was finally ready again to travel when he got a letter from Southwest Airlines.

"All of a sudden, I got a card that says you have zero miles," Parra said.

Robert, a longtime loyal Southwest customer, was stunned. But it wasn't a glitch. Southwest's rules say you have to buy a ticket every 24 months to keep your miles and he hadn't.

But Robert had hundreds of thousands of miles left on his account. He could use those to get free tickets. Why, he thought, would he spend money to buy one with all those free miles available?

So stuck on the ground, Robert started writing. He showed us the letters to customer service and the CEO. Southwest wasn't moved. So he wrote us and we called Southwest.

"I think what worked is when I called you," Parra said.

Southwest made Robert a one-time deal. If Robert bought some Rapid Rewards miles, a few actual tickets and take the trips, Southwest would restore the balance as a "one-time" offer.

Southwest told us, "Although it is extremely rare for us to restore a Rapid Rewards account, we understand Mr. Parra's situation and appreciate him as a valued Southwest Airlines' customer."

Robert is not completely satisfied. He was not happy about having to buy tickets and miles, but accepted the offer. He did tell the Turn to Ted team he wishes he got a reminder about the rules earlier and warns other customers, "I just want them to be aware of the fine print!"

It is a good reminder to check your accounts. Most airlines require some activity on your account every 18-24 months. 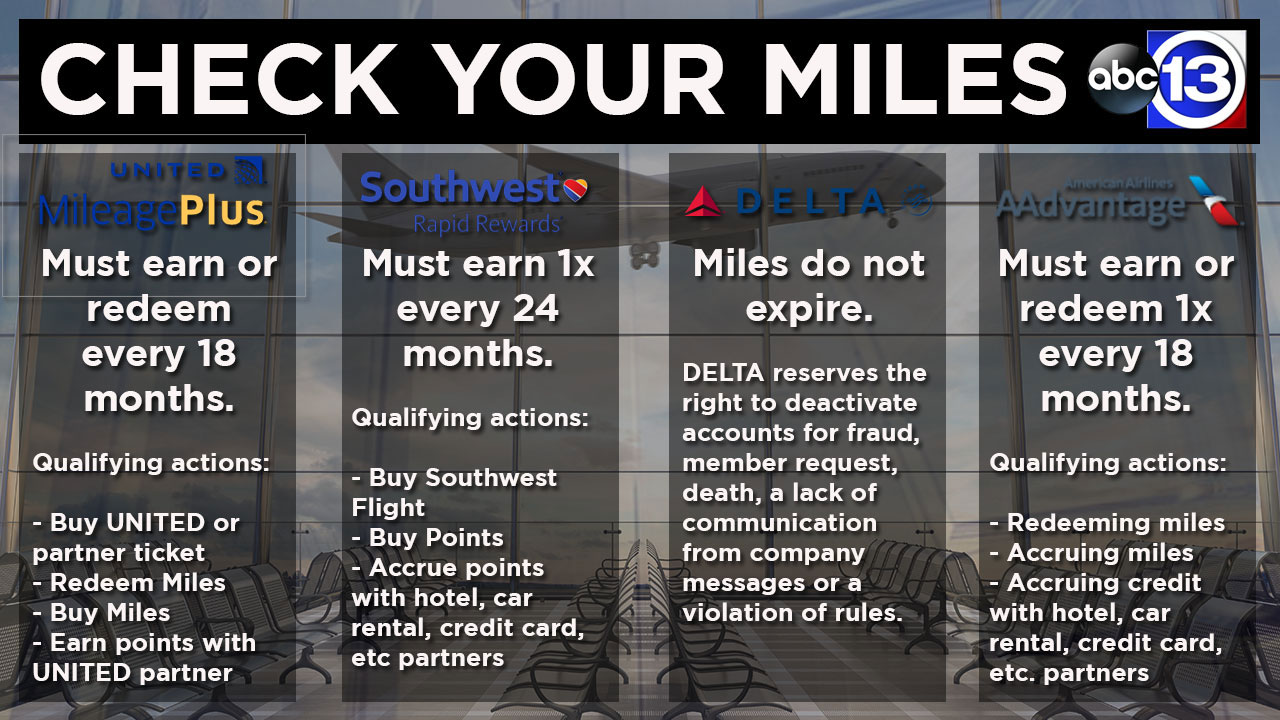