Rifle used to target family of 5; father killed and child grazed by bullet in SW Houston 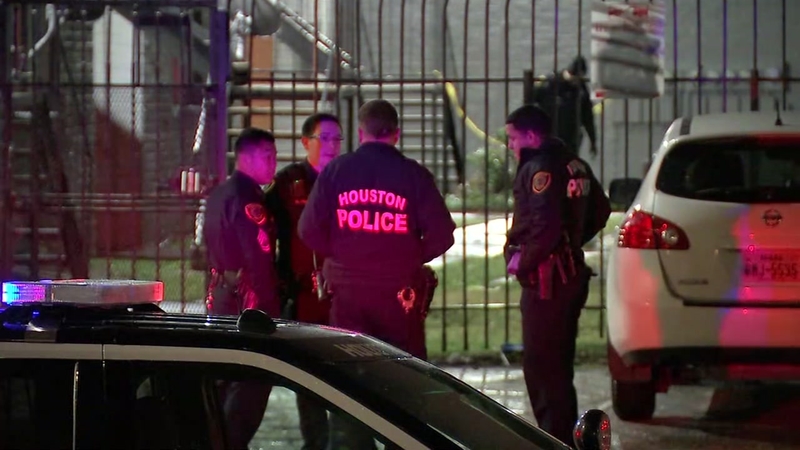 Rifle used to target family of 5; father killed and infant grazed by bullet in SW Houston

HOUSTON, Texas (KTRK) -- A baby was grazed several times by bullets and his father died overnight when someone opened fire into their southwest Houston apartment, where two other small children and the kids' mother were living.

The mom, who was also hit by a bullet, survived the shooting in the area of Sharpcrest Street and Corporate Drive just after midnight Wednesday. She is now recovering at the hospital.

According to police, the couple and their children were inside the unit when a suspect from outside used a rifle to shoot through a window.

DETECTIVE: Shooter used a rifle to target a family of 5 inside of a SW Houston apartment. One man dead, two others injured. @abc13houston

One man said it is part of daily life in this area, but he said this morning the shooting was different.

"Everybody was just running around, a grown man was screaming at the top of his lungs 'Oh my God,'" the resident told us.

The child who was grazed in shooting is safe and staying with a grandmother.

According to the dead man's mother, the child was grazed on the leg, foot and possibly under the foot. She said Clark was the father of five children.

In a sad twist, Clark's girlfriend found out while at the hospital that she is expecting another child, which would have been Clark's sixth.

Clark's mother said one of her son's children, a 2-year-old daughter, was also born with medical issues. While the child was not injured in the shooting, she will have to go on with life without her father.

Police have not yet made any arrests in the case. A description of the suspect is also not known.

"I love my brother and everybody loves my brother. And we need y'all to come together and help so my brother can be buried right," said Alex's brother, Christopher Clark.