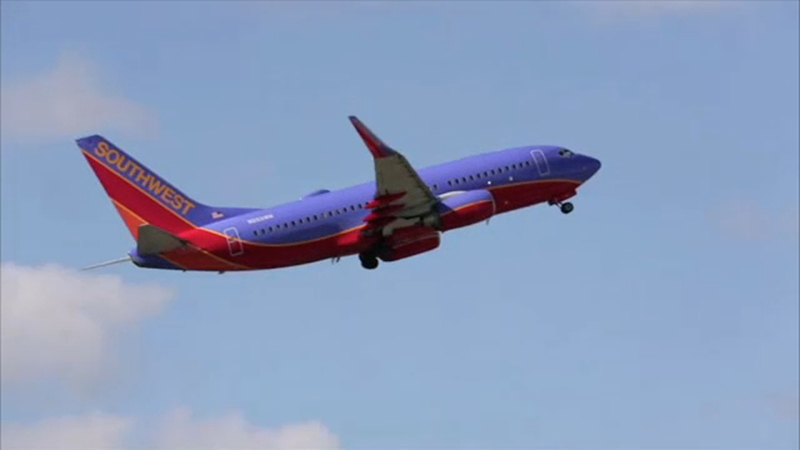 ALBUQUERQUE, New Mexico -- A Southwest flight made an emergency landing over an unwanted game of 'footsie.'

Police arrested a 29-year-old man who kept inching closer towards his seat mate and rubbing her leg with his foot.

A flight attendant allowed the unwilling footsie participant to switch seats - but the man followed her to her new seat.

A plane made an emergency landing after a passenger learned her husband was cheating.

The pilot decided to divert the plane to land in Albuquerque when the man began to verbally harass the woman and a flight attendant.

Once the man was removed, the flight continued on to Dallas, Southwest said.