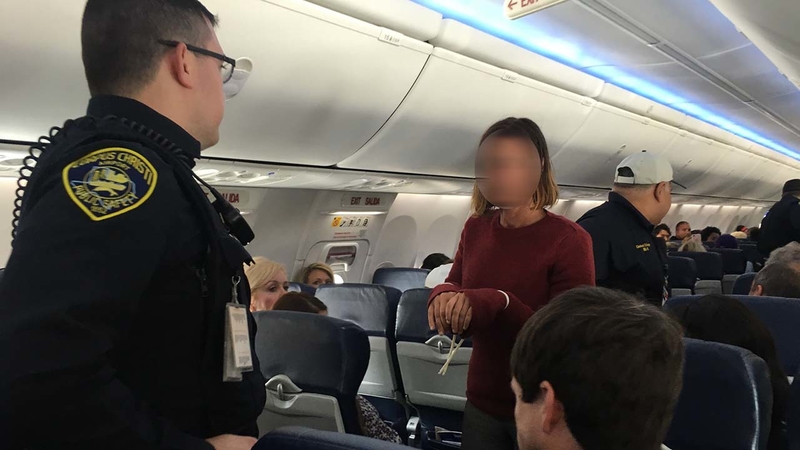 CORPUS CHRISTI, Texas (KTRK) -- A disruptive passenger on a Southwest Airlines plane from Los Angeles to Houston who forced the flight to be diverted has been released from federal custody.

The FBI confirmed to Eyewitness News that they do not have her in federal custody.

A statement from the airline read that the captain of flight 4519 decided to land at Corpus Christi International Airport after the crew became concerned about the behavior of one of the passengers.

Henrietta Mokwuah said she witnessed a woman try to open an emergency exit while they flew thousands of feet in the air.

"Oh yeah, she tore off a piece of it. There was the frame, that was on the door. She ended up breaking it off," said Mokwuah. "We've been visiting Corpus Christi over that for four to five hours."

"It's been pretty trying. You're not just going to do that kind of stuff in America anymore," said Mokwuah. "I don't think anybody thought she was going to get to the door. It was pretty stressful for hours."

Emergency landing in Corpus Christi on @southwestair flight LAX-HOU due to unruly passenger. Ready to get on home now, please... #hounews pic.twitter.com/IaQAA9tGeU

Terrance Franklin said he saw the same woman in the terminal at Los Angeles International Airport. The flight was headed for Houston's Hobby Airport.

It diverted to Corpus Christi International Airport following the incident.

"Prior to the flight, she had a couple of outbursts saying she was being treated wrong. Some things with the government -- personal and political," said Franklin. "Once we got in the air, that's when it all started again. She was walking back and forth. I knew something wasn't right."

Itza Sanchez was also on the Southwest Airlines flight. She said an off-duty police officer, along with another man, helped take down the disruptive passenger.

Minchew was on vacation with her family in California and was headed home to southeast Texas.

"She was definitely a hero for us," said Sanchez. "I am exhausted and ready to get home. It's been a long day."

Watch the full interview with Minchew:

A Cleveland ISD officer took down an unruly passenger Sunday after eyewitnesses said the woman tried to open the plane's emergency exit in mid-flight.