Ice cleared from fire escape that froze over during winter storm 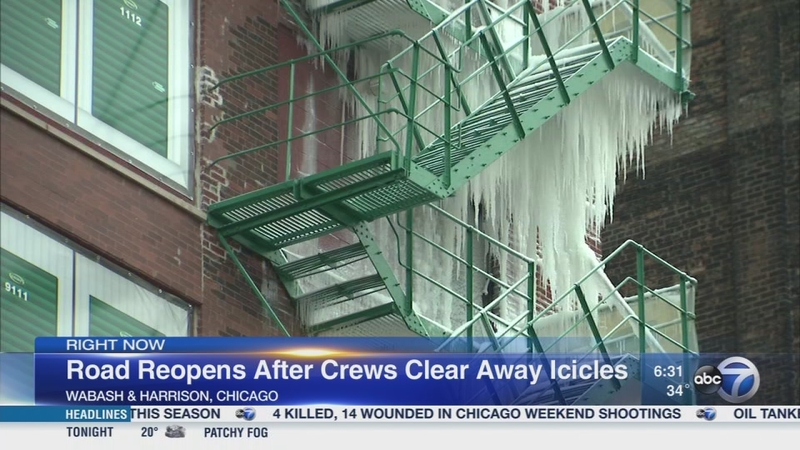 Part of Wabash reopens after ice cleared from fire escape

CHICAGO, Illinois -- A section of Wabash Avenue in the South Loop re-opened Monday morning after the threat of falling ice led to its closure over the weekend.

A sprinkler system broke on an upper floor at 615 South Wabash Avenue on Saturday, which caused the fire escape to freeze over, Chicago Fire Department officials said.

The fire escape of the self-storage building was encased in ice and a section of Wabash Avenue between Harrison Street and Balbo Drive had to be closed to pedestrian and car traffic out of concern that warmer temperatures could cause large icicles to break off.

City emergency management officials said a crew applied a calcium-chloride compound to melt the ice, and it appears to have worked. The road was re-opened Monday morning and no one was injured.