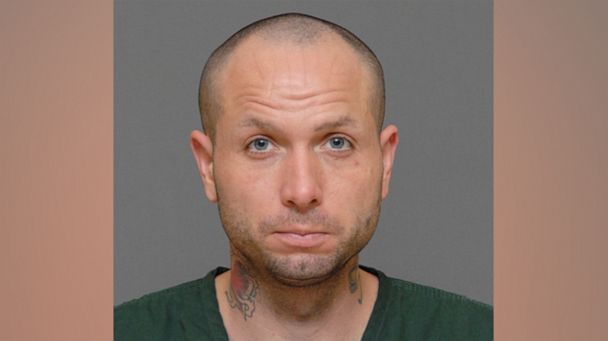 A virtual meeting turned deadly Thursday when an Amityville, New York, man allegedly beat and stabbed his father to death while on a Zoom chat, according to the Suffolk County Police Department.

Dwight Powers, 72, was on a Zoom video chat with about 20 people on Thursday around noon, when his son, Thomas Scully-Powers, entered the room and started beating him, police said.


Scully-Powers, 32, allegedly exited the room and at some point returned with a knife, police said.

Those on the video chat noticed Dwight Powers fall and then saw another person on the screen, police said, according to New York ABC station WABC.

"Bedsheets were being ripped off the bed by a gentleman who appeared to be naked as well as bald and he had a tattoo on his left arm, and then he placed the bedsheets on the floor as if he was covering something up," said a witness to the incident who did not want to be identified, WABC reported.

"By the defendant's own admissions, he brutally stabbed his own father repeatedly until he was certain he was dead," said Sini in a statement issued on Friday.


Scully-Powers jumped out of the second-floor window and fled on foot, police said. He was apprehended nearby at 12:57 p.m. and taken to the hospital for minor injuries, police said.

Prosecutors said a search warrant was executed at the home the father and son shared and several knives were recovered. There was also evidence that Scully-Powers attempted to "clean up the scene."

Scully-Powers was charged with second-degree murder and Suffolk County District Court Judge John Kelly remanded him without bail. He is due back in court on May 26.

Request for comment from Scully-Powers' attorney was not returned.