Historic Jackson magnolia at White House to be cut down 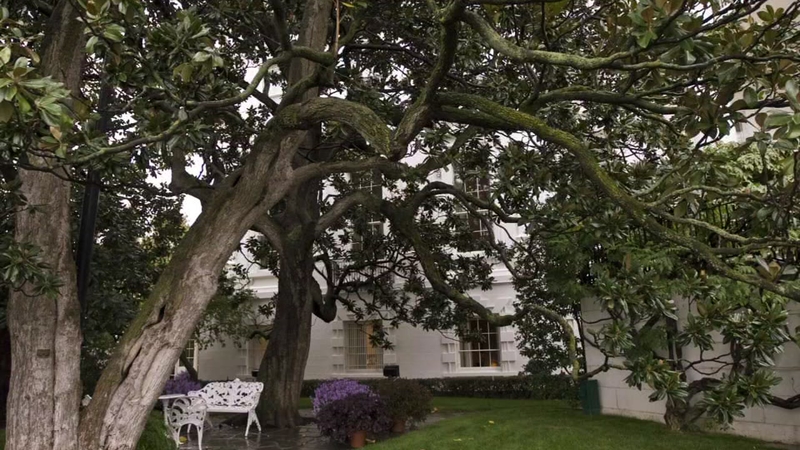 WASHINGTON D.C. -- An iconic landmark at the White House, the background to thousands of photos and events, will be no more after this week.

The Jackson magnolia tree, a fixture on the south lawn of the White House since the 1800s, will be cut down this week.

CNN reports the enormous magnolia tree has been decaying for years and is being held together by an extensive cabling system.

The final decision on the tree was made by Melania Trump after she viewed all the information, according to CNN.

The magnolia tree was planted by President Andrew Jackson, whose wife Rachel had died, days before the election. Jackson insisted on planting a sprout from her favorite magnolia tree.

But the Jackson magnolia will live on. White House groundskeepers have been preparing for the tree's demise and have grown several offshoots from the tree and will plant one of them in its place.