The Race Card Project: What 1 journalist learned from a half-million 6-word essays on race

Michele Norris says she 'created this on a mistaken idea that no one wants to talk about race'
KTRK
By Alex Meier, Kumasi Aaron and Cortez White Michele Norris, an Emmy and Peabody Award-winning journalist and National Geographic Explorer, created this six-word prompt in 2010 and said she didn't expect many to open up.

She was pleased, however, to learn that she was wrong -- and has received more than half a million submissions from all 50 states and 96 countries.

"People, it seemed, actually did want to have this conversation. They were looking for the right on-ramp ... I admit I created this on a mistaken idea that no one wants to talk about race," Norris told KGO-TV morning news anchor Kumasi Aaron.

Norris wrote about her experience in this month's issue of National Geographic. 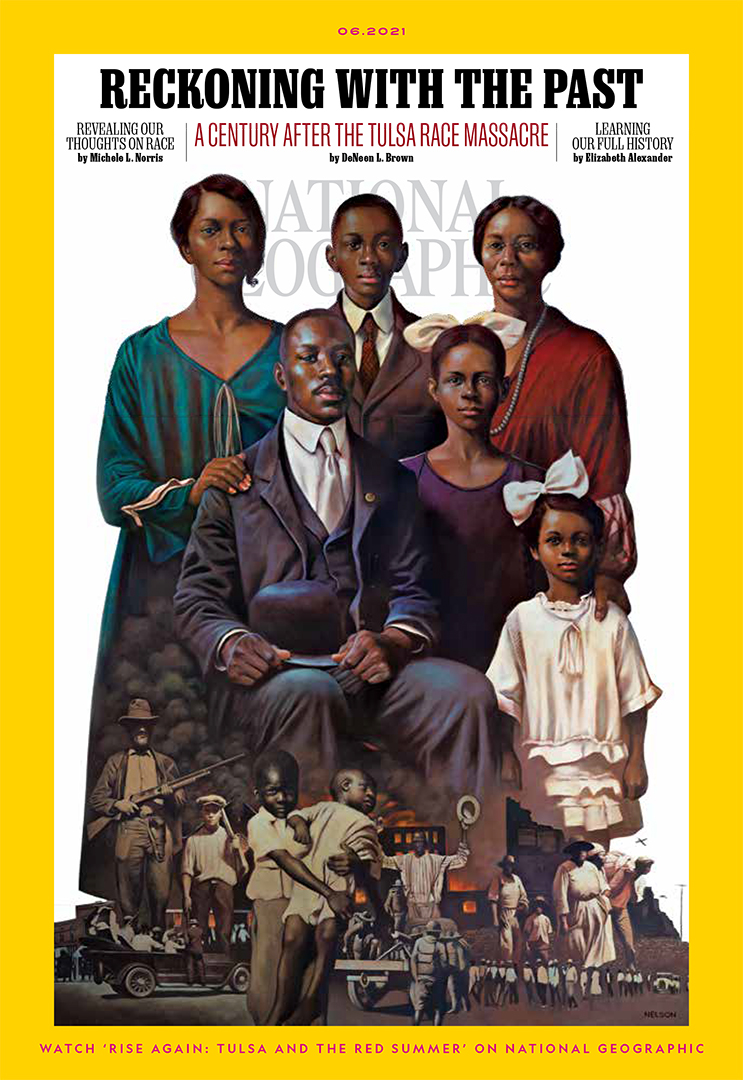 This collection of narratives called The Race Card Project gives light to people's intimate relationship with race, glimpses at the conversations that take place at the kitchen table, in the locker room and inside the beauty shop. These intimate expositions, she said, sound much different than the public discourse around race and identity.

She said people from all backgrounds and political beliefs write to her, even some "who write in the form of a question -- like they haven't figured it out."

One narrative that stuck out to Norris was Kristen Moorhead's: "I wish he was a girl."

The Silver Spring, Maryland, mother submitted these six words to The Race Card Project after watching the video of Tamir Rice, a 12-year-old boy who was shot and killed by a police officer while playing with a pellet gun in 2014.

Having a Black teenage son of her own, the video broke her heart.

Norris said she connected with Moorhead recently, her son now 18 and ready to go out into the world.

"He wound up giving her the talk about what life was like for him as a Black boy who was starting to feel like a man, look like a man, and the world was responding to him in that way," Norris said. "We're really proud that our little project allowed for that conversation, that they could have it with each other ... it helps you understand the really intimate dynamics of race."

"Ashamed that accomplished minorities surprise me"

“Ashamed that accomplished minorities surprise me.”

Daniel Robbins is a firm believer in the equality of all people. But he's troubled by his seemingly involuntary reaction to seeing a minority doing well at something. He struggles to eradicate those low expectations. pic.twitter.com/Ff5VNoNC0s

Daniel Robbins, a product designer from Seattle, entered this divisive submission in 2014: "Ashamed that accomplished minorities surprise me."

"He said that out loud. He signed his name. He sent in a picture," Norris said.

She said many people were surprised by her decision to keep Robbins' words on The Race Card Project's website, but Norris said she appreciated his honesty.

"We aren't all 'Strong Black Women'"

“We aren’t all ‘Strong Black Women.’”

When Celeste Green first sent her six words to the project, it kick-started an online exchange that lasted for days. "Has 'strong' become a euphemism for 'it doesn't matter how we treat them, because they'll survive?'" wrote one commenter. pic.twitter.com/XdApjUPoth

This submission sparked a heated debate among Race Card Project followers, some who agreed with Green and others who didn't understand her point. Some viewed "strong Black woman" as a trope; others, a trophy.

"Some people were like, 'Right on. Oh, I understand what you're saying. We are not all strong Black women. Why is it that world expects us to shoulder everything?'" Norris said.

Other people, mostly those who were not Black, felt differently and argued that labeling someone as a "strong Black woman" should be a compliment.

Norris said watching this conversation percolate was interesting, as people who did not have any kind of tether to one another were connecting. Maybe they didn't see eye to eye, but she noticed subtle shifts in perception.

"Because we're holding a mirror up to society and talking about it, you will see things you don't agree with. You see things that will make you uncomfortable. You will see things that maybe cause some internal churn," Norris said. "But you will be enriched in some way, despite that, or maybe even because of that -- because this is a difficult issue in our country."

Norris called the database of submissions a "barometer of what's going on in the news."

Over the past decade, these personal stories reflected national headlines, from the travel Muslim ban and white supremacist rally in Charlottesville to the COVID-19 pandemic and murder of George Floyd.

Norris said she's noticed how the subtleties in individuals' experiences with race hinted at changes that were about to take place in American society.

For example, before the 2016 presidential race and election of Donald Trump, Norris received thousands of submissions that used the word "invisible."

These sentiments would articulate the perspective of being a minority -- from a Black woman who felt overlooked or an Asian man perceived as quiet.

"Suddenly we were seeing more people writing in about feeling invisible who were white, who were white and male," she said. "That was something that was new and, in some way, an indicator of how some people were feeling their place in the world was shifting in a very significant way."

Norris said she hopes that years from now, people can look at her project's archive and understand this interesting and tumultuous era in American history.

For more on Michele Norris' Race Card Project and the powerful stories it unearthed, check out the June issue of National Geographic magazine. You can also find the June issue and Michele's article online at NatGeo.com/Race.

If you are interested in submitting your own six-word prompt on race, go to www.theracecardproject.com.