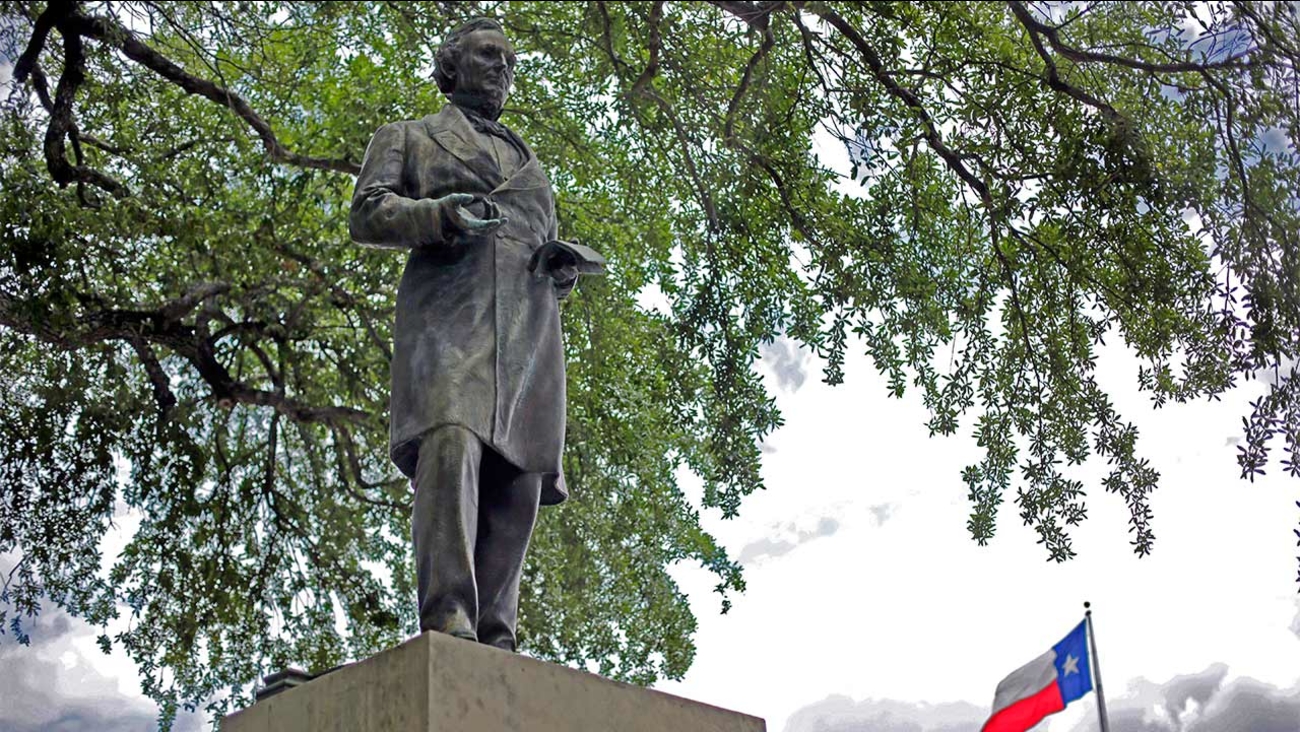 A statue of Jefferson Davis is seen on the Texas campus, Tuesday, July 7, 2015, in Austin, Texas. (AP Photo/ Eric Ga) 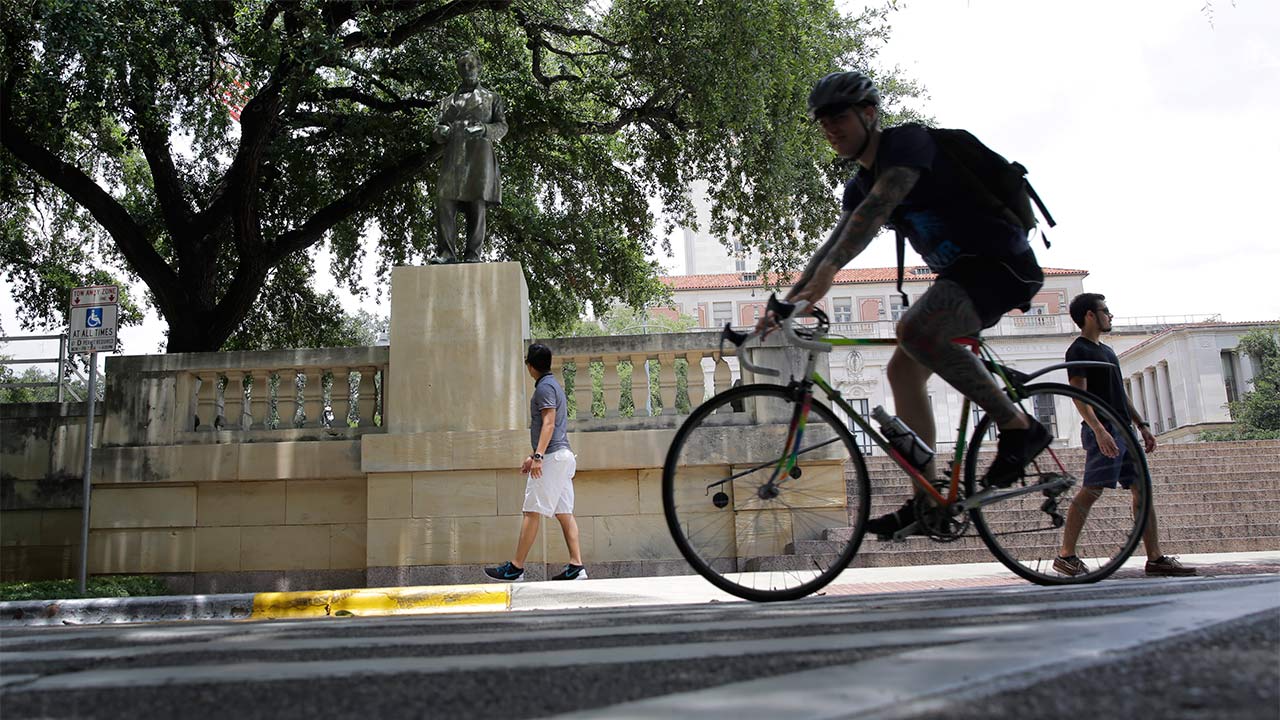 The panel of students, staff and alumni released five recommendations Monday to new university President Greg Fenves. Not included among them was doing nothing and leaving statues of Davis and other tributes to the Confederacy in place.

Fenves will review the report and make a decision, though there's no immediate timetable on exactly when.

UT's student government adopted a March resolution calling for moving the Davis statue to a museum.

The issue has gained new focus as state governments and businesses around the country have removed Confederate symbols following the mass shooting of black church members in Charleston, South Carolina.
Related topics:
societyconfederate flagstatueuniversity of texastexas news
Copyright © 2020 by The Associated Press. All Rights Reserved.
RELATED 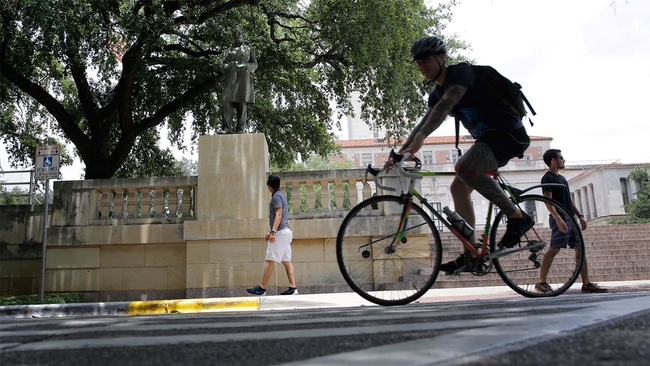