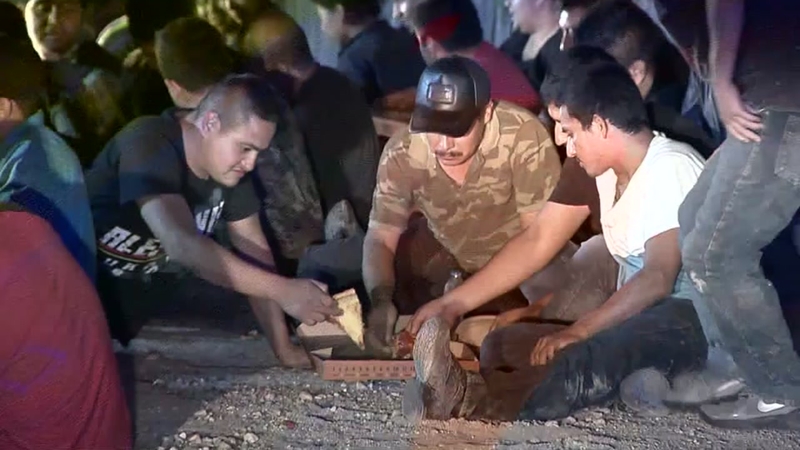 SAN ANTONIO, Texas -- A tow truck driver watching news coverage about more than 50 immigrants who were found in a refrigerated truck in San Antonio wanted to do something to help.

Armando Colunga saw they were given water, but not food. So he stopped and bought $50 worth of pizza with his own money.

"Something just told me, I had to do this," Colunga said to KSAT-TV.

He said firefighters at the scene thanked him for bringing seven pepperoni pizzas for the immigrants.

"They're not here to commit crime. They're here for a better life and to work. They're harder working people than some of our people here that are citizens," added Colunga.