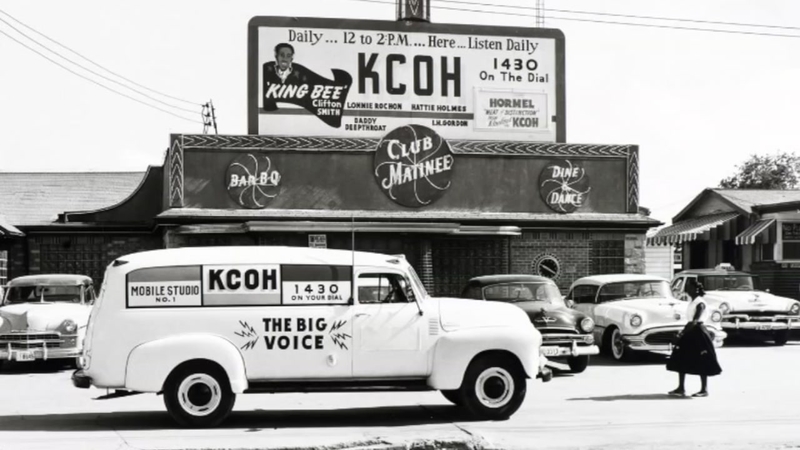 The book was a travel guide for African American drivers, listing off places like restaurants, hotels, beauty shops, mechanics and cab companies throughout the South that welcomed blacks during racial segregation. It even listed off car care tips, local laws and legal advice in case a driver might be stopped by law enforcement.

Now, the film "Green Book," based on the true story of a black musician and his driver traveling through Jim Crow-era South, was nominated for five Academy Awards at the 2019 Oscars, winning Best Picture, Best Original Screenplay and Best Supporting Actor for Mahershala Ali's role.

Many of the establishments listed in the Green Book are shuttered now, but few know the history of the remaining places still left standing throughout major cities like Houston.

"We're in Fifth Ward. This is the main epicenter of black downtown Houston," said Toya Levi as she stood in front of a yellow and red painted liquor store - Ralston's. It may sell alcohol and spirits now, but the building used to be the one-stop-shop drugstore that anchored Fifth Ward.

Levi and her husband Reuben are working on The Green Book Project, a web documentary including photo essays and interviews from across the United States about African American experiences.

Houstonians themselves, the Levis didn't know about the Green Book until they took a summer driving trip out to Los Angeles in 2006 when racial tensions were high.

"There was a lot going on with police brutality and while we were out on this trip, a friend of ours mentioned to us how we were traveling and what was going on. It was kind of like traveling during Jim Crow with the Green Book," said Toya.

The couple dove into researching the Green Book and learned how cars became freedom machines to black travelers. Still, that freedom was limited.

"We stopped at a restaurant in the south -- I don't remember what city -- but when I went to the door they said we don't serve blacks here and if you want something to eat you can go around the back and we'll give you something," said Freeman.

More than the listings in the Green Book, Pastor Emeritus of Houston's Wheeler Avenue Baptist Church Reverence William Lawson remembered word of mouth recommendations to be of help when traveling.

"The Green Book actually coincided with the great migration," said Reuben. "A lot of people moved here because of jobs and that provided a great opportunity to help grow a lot of these historically black neighborhoods to pretty much unprecedented levels."

Only a handful of Green Book establishments still stand in Houston, including the historic Eldorado Ballroom. Though most of the history in the Green Book now seems hidden by the expansion and changing landscape of the city, the Levis say it's a priceless connection to the past.

"To have four buildings still standing today, people have a connection back to the culture of what happened in the past and we can celebrate it," said Toya and Reuben.