Could you marry somebody after only meeting them once? These couples found love in arranged marriage

KTRK
By Pooja Lodhia
HOUSTON, Texas (KTRK) -- American TV actress Meghan Markle will be one of the first Americans to marry into the British Royal family. In fact, she's likely one of just a few royal brides throughout history to have fallen in love with her groom before the wedding. Royal marriages have historically been arranged, strategically planned to create political and military alliances.

It's a practice that is still popular in many parts of the world, including India.

"When I came back from India, I was married and everybody was like, "Whaaat? What just happened here?'" laughed Sumit Dalwadi.

Sumit was born and brought up in Texas. His now wife, Mittali, is from India. Their families are old friends. Sumit's sister recommended the two talk, so, in true millennial fashion, their relationship started with text messages.

A few months later, Sumit flew over to India, they met twice, and it was decided.

"Our families were like, 'You met, so what else is there? Just make a decision,'" Sumit said.

"The funny thing is that we would judge people. Like, there are people in India who meet, they have one meeting, then they decide they want to get married," Mittali said. "Then it happened to us."

Weddings like this are extremely common in India, where young couples usually move in with their families after their weddings. Parents don't force unions, but do encourage them, basing compatibility on measures like education, wealth, and family traditions. If you've ever met an Indian couple of my parents' generation, you've probably met an arranged couple.

But I wanted to know - what are these marriages like decades later? What happens if love never comes?

"They used to tell me when I was little that it's better to love somebody after the wedding than love somebody and then get married," explained Pallavi Mehta.

She and her now husband, Bharat, got married two days after they were set up. It was the 1970's. Bharat was studying in the United States, but went to India to look for a bride. His parents worked with matchmakers to advertise his arrival.

"I told my parents that I'm coming and I had only one month and in that time frame I had to find a girl to get married with," Bharat said. "There was no time to fall in love or courtship."

"My friend and I thought, 'Well we'll go and have fun and make fun of this boy.' So, we went to go see him and we ended up talking for more than an hour," laughed Pallavi.

That night, Bharat and Pallavi decided to get married.

"You're talking about a one hour meeting, but the hunch and gut feeling were overwhelming," Bharat explained.

That one hour meeting has led to a 44-year marriage, three kids, and three grandkids.

Their best friends, Kalapi and Jayshree Sheth, have been married for 39 years.

Kalapi was also studying in the United States when he decided he was ready for marriage. His family put out a personal ad in the local Indian paper. Jayshree was the 48 woman he met.

"He had his books and his papers and pros/cons, what he needed," Jayshree explained.

"Because you don't have a long courtship period, these other factors give you some reassurance that compatibility is likely to happen," Kalapi said.

It probably won't surprise you to learn Kalapi is an engineer. It's also not surprising that he and Jayshree got engaged on their second date, and married a month later. The couple's formula for making love work is just as systematic.

"You have to work to make it work," Jayshree said.

And maybe that's the lesson here: marriage is work, no matter how you meet your partner.
Report a correction or typo
Related topics:
societymarriageindiau.s. & world
Copyright © 2020 KTRK-TV. All Rights Reserved.
MARRIAGE 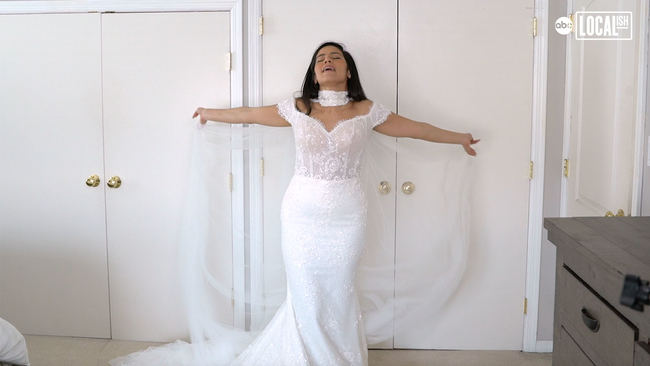