Sharing the road: The human, capital cost of making Houston bike safe in a city of millions HOUSTON, Texas (KTRK) -- In a city of more than two million people, Houstonians are always looking for a different way to get around without getting stuck in the gridlock. For those brave enough to bike the city streets, biking isn't just for fun. For many it's their main mode of transportation and figuring out how they can share the roads hasn't come easily.

"You get people that aren't paying attention or people who are almost trying to teach cyclist a lesson," said Andy Olin, of what he describes as the less than friendly streets of Houston.

As a bike commuter, he also rides with a group of cyclists.

"You hear a lot of 'Get on the sidewalk' which isn't practical for riding a bike," said Olin. "People get pretty impatient."

Cars whizzing by too close for comfort, it's a scene Kyle Nielsen knows well. He rides 15 miles a day, everyday, on his bike to his job downtown.

"Cars have dominated Houston for a long time and I think cyclists are just asking for a little bit of sharing," said Nielsen.

He hasn't had a car since 2007 and he'll tell you, making it to and from work can be intense. The commotion of signals, traffic and absent-minded drivers -- it can be deadly.

"I view this as an emergency -- dozens of cyclists are dying every year in Houston," Nielsen said. 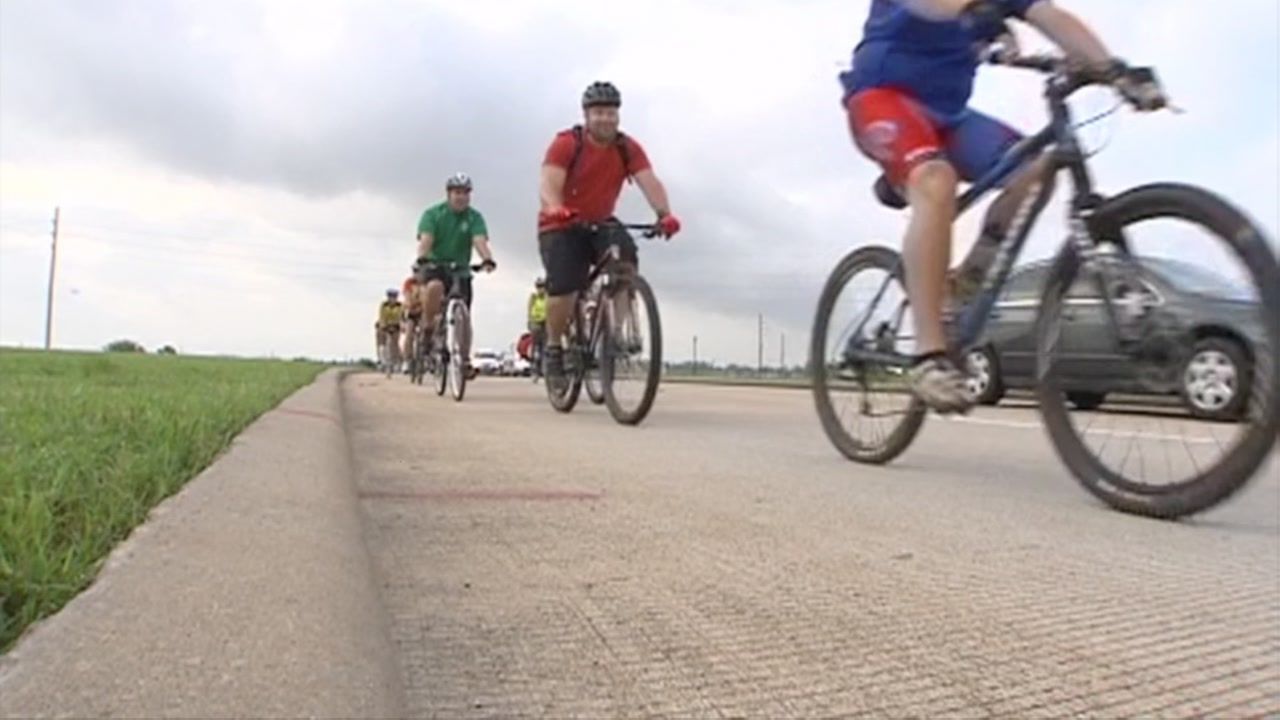 Top Houston meetups for bicycle enthusiasts
If you're looking for other biking enthusiasts who like to ride, check out these Houston area bike clubs

To make the city's streets safer, the city council passed a bike plan in March. It reworks and adds hundreds of miles of safer bike lanes and trails.

Commuters say the idea is simple -- car or bike -- everyone deserves a safe way to get around without costing a whole lot of money, or costing a human life.

Greg Travis is one of those who voted against it. He says in part because of its nearly half-billion dollar cost over the next 20 years. The other part, he doesn't believe more bike lanes will get motorists to stop driving and start cycling.

"Common sense just dictates, the normal person is going to get up, they're going to put on a jacket or suit or business clothes, maybe not, maybe they are blue collar workers, but then they've got tools to take with them," said Travis. "They're not going to throw them on their bike and bicycle 10 miles across the city."

The plan is waiting to be funded.

In the meantime, Houston police have hit the streets, with a new campaign to keep bikers safe using a radar device attached to their bicycles. In accordance with the ordinance, vehicles must stay at least three feet away and passing trucks, six feet away from bicyclists or else be slapped with a fine up to $500.

For cyclists like Andy Olin, it's a first step in making Houston bike friendly and bike safe.

"At the end of the day, that's what I want to do, is get home, just like anyone else," he added.