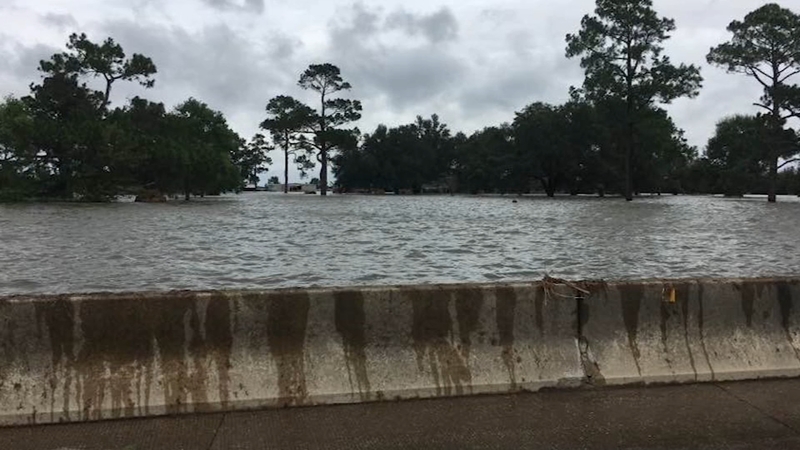 WINNIE, Texas (KTRK) -- Cell phone video shot by Richie Devillier last September shows he and his son rushing to save their cattle from flooding caused by Tropical Storm Imelda.

It was the second time it happened following Hurricane Harvey two years earlier. But, Devillier said it was all preventable and blames it on the TxDOT construction project that's meant to create a safe evacuation route along I-10 in Chambers County during floods.

"When they improved it, they widened it to three lanes on each side, filled in the center median with concrete, elevated the roadway by 18 inches and then by 32 inches of concrete as a barrier grouted in," Devillier said.

Now, Devillier is part of nearly four dozen property owners in the Winnie area who are suing the state of Texas because of the construction they claim "effectively created a dam."

He wants the state to pay for his clients damage and resolve the flooding issue.

"We've got people who've been fourth generation owners of land that had flooding in homes that have never flooded in history," Charest said.

Devillier said he and his neighbors not only lost their homes, livestock, and businesses, but family possessions they'll never get back.

We reached out to TxDOT about the lawsuit, but a spokesperson said they are not able to comment because of pending litigation.