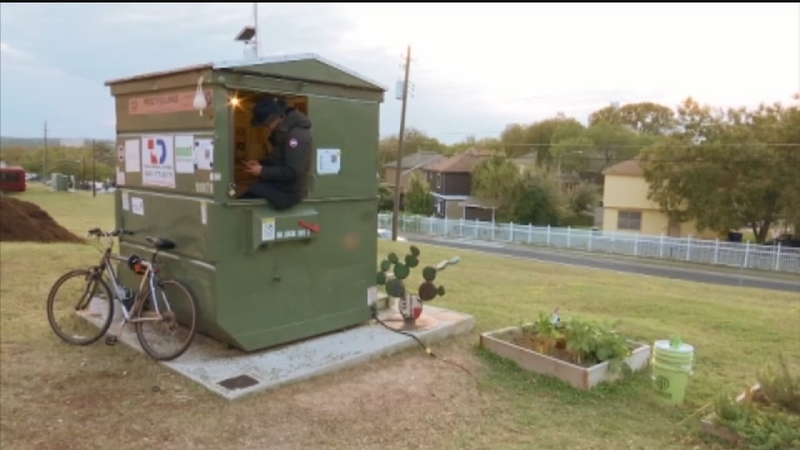 AUSTIN, TX (KTRK) -- A Texas professor is experimenting with just how little you may need in life to be happy.

Huston-Tillotson University professor Jeff Wilson sold all of his belongings, and has opted instead to live in a dumpster.

"I'm standing here in front of my home, which happens to be a 36 square foot, 8 cubic yard used trash dumpster," Wilson said.

For the past 9 months, Wilson has lived in the dumpster on the school's campus in Austin. At first, even members of the sustainable campus group "Green Is The New Black" expressed reservations.

"I didn't believe it at all. I'm like you're really going to live in a dumpster?" said Huston-Tillotson University student Charles Deshaw.

Wilson calls his move an experiment in getting everyone to think tiny. 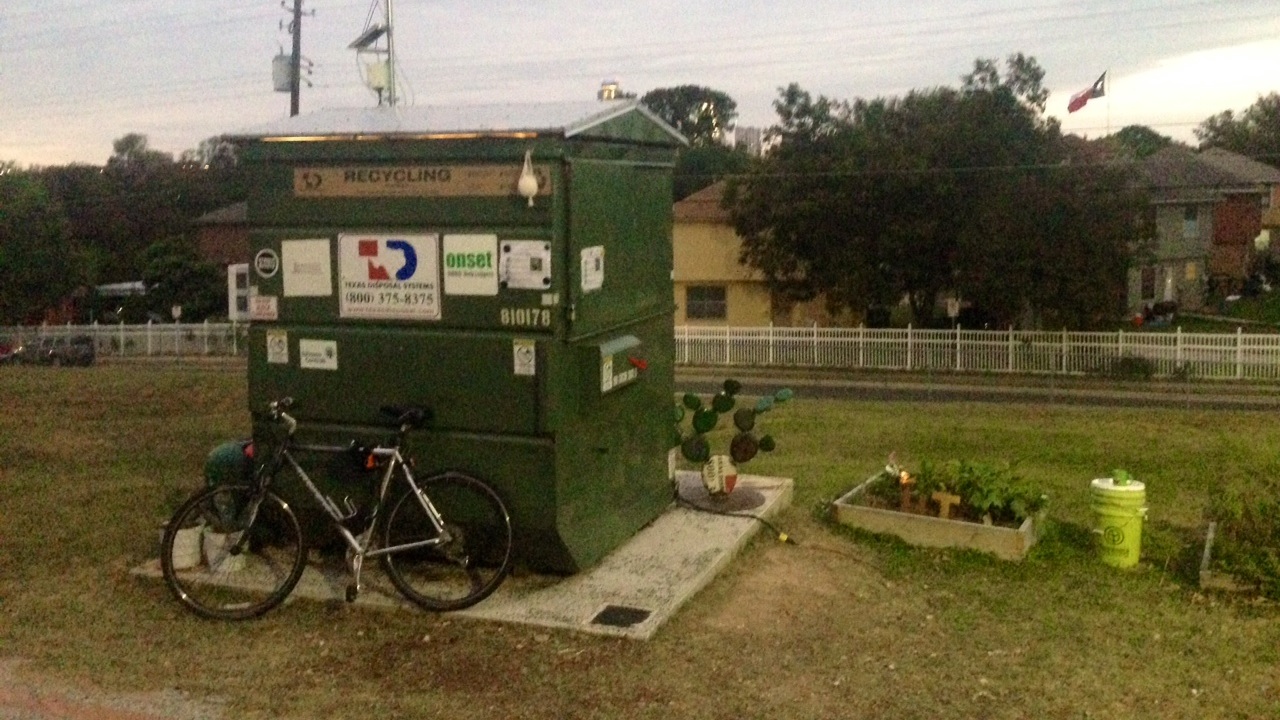 PHOTOS: Inside the Dumpster Project home
A Texas professor is living inside the converted dumpster to prove you don't need much to live comfortably.

"To explore the whole idea of less, what happens to your life when you compact the space and the amount of stuff you have," Wilson said.

When he first moved into the dumpster, it had no frills and looked more like camping. Now in phase two of "The Dumpster Project," it feels a little more like a home.

So much so, that Eyewitness News reporter Steve Campion was invited to spend the night in the dumpster. He took the trip to Austin on one of the coldest days of the year, with temperatures hovering just above freezing. He had a similar experience to one of Wilson's most frightening experiences in the dumpster.

"The most terrifying night was the second night. It was about 27 degrees interior temperature and exactly 4:01 a.m., the trash man came by and picked up two of my neighbors, a bit of a shock," Wilson said.

At the end of Campion's humble stay at the dumpster, Wilson's mission hit home.

For now, he is only in the second phase of transforming the dumpster into the tiniest, sustainable living space.