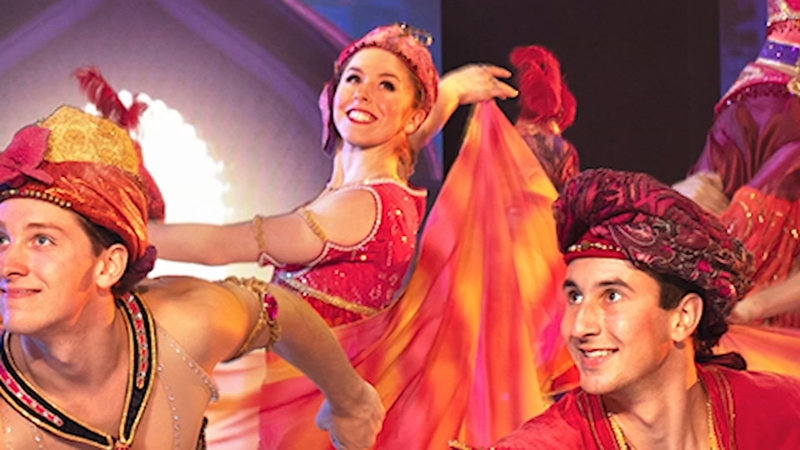 Texas native returns to Houston to star in Disney on Ice

HOUSTON, Texas (KTRK) -- Ever since Jamie Hathaway was a little girl, she knew she belonged on the ice.

And seeing Tarzan swing across an arena instead of the jungle, his normal domain, helped too.

"I saw my very first Disney on Ice show when I was 5. I saw Tarzan fly across the ice, and I knew I wanted to do something to that degree," Hathaway, 22, said. "My brother started playing hockey at a rink in Texas and I thought, 'Ok, maybe I can do that,' and as soon as I started taking classes, I was like, 'I want to skate for Disney on Ice.'"

That dream became a reality in 2019 when the Bryan, Texas native was selected for her first show - Disney on Ice presents Road Trip Adventures. After sending in a video portfolio, she auditioned in person at the American Airlines Center in Dallas. Then a week later, she received the news she'd been waiting years to hear: that she would be part of the show.

"When I read that, I called every single person on my phone, and cried and danced and laughed. All the emotions... I couldn't explain. They all poured out of me," she said.

But like anything in life, there are always challenges.

One of them came long before she would be playing iconic characters like Mary Poppins in figure skates.

When Hathaway was 14, she was diagnosed with scoliosis, a sideways curvature of the spine that tends to develop during the growth spurt just before puberty, the Mayo Clinic describes.

"When they told me about the scoliosis, it was an instant 'Will I keep skating? Can I keep skating? I don't want to have surgery. I don't want to put poles in my back and all of that.' So I worked with a doctor who helped me get on a wellness direction of keeping myself healthy and doing exercises to help strengthen muscles that would help realign my spine in a way," Hathaway explained. "I believe all of it worked, because I'm still here, I'm still skating, I'm still able to do what I love without having needed surgery."

Most scoliosis cases are mild, though there are a variety of treatments, and a wide range of symptoms. Hathaway says her case was not severe, allowing her to continue taking care of herself in such a way that she could still skate. And if she does experience back pain, she says it's more likely from a hard fall on the ice.

Jamie Hathaway said performing with Disney on Ice has been her dream since she was 7 years old. Now, she's living it. Here's her story.

The largest challenge to come Hathaway's way would be in March 2020, although she'd soon learn that would be difficult for everyone.

The Road Trip Adventures show she was performing in closed in March 2020 as planned, but instead of going on to the next tour or practicing, she had to head home for the start of a long quarantine.

"We were in Minneapolis when it happened, and all of a sudden, they were like, 'Ok, we're sending you guys home because there's a global pandemic," she began. "It was definitely confusing because I think 'pandemic' had never been a word that I heard until that came up. It was always 'apocalypse'... 'world ending.' Never global pandemic. It was one of those things where I wanted to reach out and ask, 'How do I handle this?' But no one knew."

"Being sent home from your dream job. One second I had it, one second it was gone," she added.

Fast forward, and now Hathaway and the colorful cast are finally back on the ice and presenting magic and enchantment once again.

This time, the show is Disney on Ice presents Mickey's Search Party. It's Hathaway's second tour.

"It's the first time people are going to get to see something like this of this nature, in 11 months, and that's weird to... think... like, we are the first live entertainment that's getting back on the road since a global pandemic and to have the power to change the energy in the world and the atmosphere, that's just so rewarding, and I feel honored to be part of something so magical," Hathaway said.

While it feels like everything the entire world has experienced over the last year is something out of a movie, it all felt very real for her to finally get back on tour.

"We landed in Love Field in Dallas and I.. as soon as we touched the ground, I just started crying. It wasn't like I was sad or happy, it was just an overwhelm of emotion, thinking back to a year ago when everything got shut down," said Hathaway, whose family has often come to see her perform, sometimes traveling hours.

"To be here in Texas, sharing this with my family, friends and the rest of the world, it's ... you can't put that emotion into words, that's why I just started crying," Hathaway continued.

But along with a supportive family, she has also credited the Girl Scouts with helping her reach her goals.

"It has taught me so much discipline and helped me achieve my dreams because I had to work for things... building little goals for myself through Girl Scouts like how many cookies I was going to sell, or what badge I wanted to get," Hathaway explained. "Working toward that showed me you can also set goals like that in figure skating."

Hathaway is a Girl Scout Gold Award recipient, which she describes as similar to being an Eagle Scout in Boy Scouts.

Families who wish to check out the show while Hathaway is performing should mark their calendars for the next two weekends.

Disney on Ice presents Mickey's Search Party will be in Houston the weekend of April 16 and again from April 23-25 at NRG Stadium.

Feld Entertainment, which runs Disney on Ice, says COVID-19 protocols will be in place including, pod seating, reduced venue capacity, and required face coverings for guests age 2 and older unless eating or drinking in their seats.

You can head to this link for more on guest wellness measures during Disney on Ice.
Report a correction or typo
Related topics:
societyhoustonfigure skatingentertainmentmickey mousedisney on ice
Copyright © 2021 KTRK-TV. All Rights Reserved.
DISNEY ON ICE 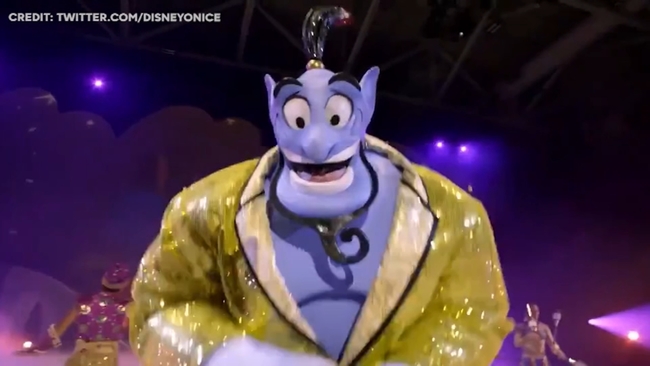 Get in the game! Texans hiring workers for gamedays 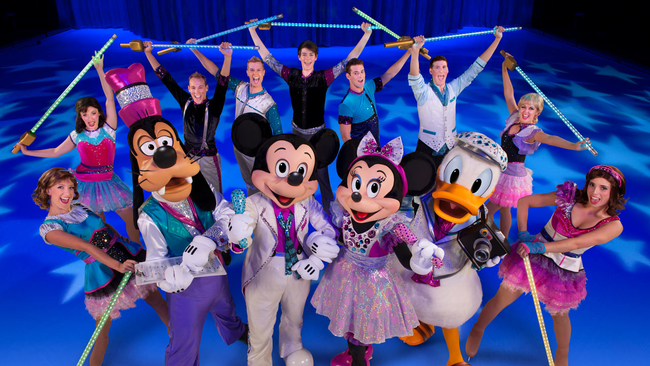 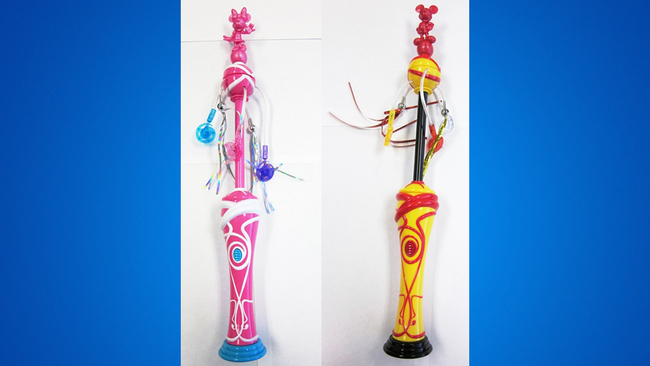