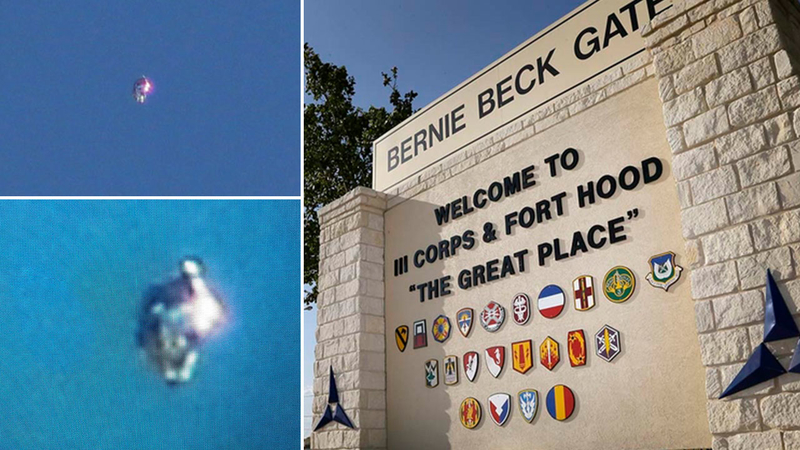 KILLEEN, Texas (KTRK) -- We first told you about a strange sighting that reportedly appeared in the skies near the Fort Hood military base in Killeen.

The person who took these photos was checking the mail when the object came into view, flickering in the sky, according to a report.

Now, a family says they know what sparked the strange sighting.

Anthony Ortiz tells ABC13 Eyewitness News his family was in Killeen hosting a family vigil for his grandfather that recently passed away.

He says the family released between 50 and 60 silver balloons, all tied together.

He believes the mysterious object is a bundle of balloons reflecting off of the sunlight and was mistaken for a UFO or an unusual object.

The photos taken on June 13 were submitted to the Mutual UFO Network. The bystander said it was unlike anything seen before, even after living in close proximity to the Army base.

"I went to get my camera and took several pictures," the photographer writes. "I was surprised when I zoomed in and saw the details."

Fort Hood is the largest active-duty military base in the world. There are 35,577 assigned soldiers and 5,601 civilian employees at Fort Hood, according to its website.

MUFON did not say what the object was, and is investigating the sighting.