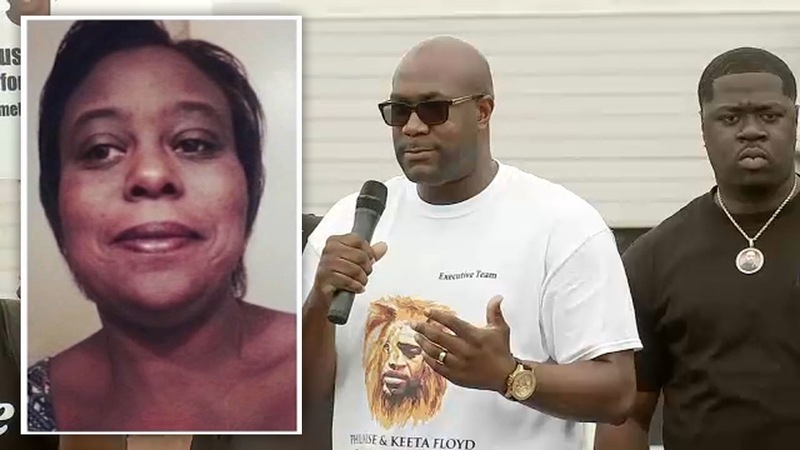 BAYTOWN, Texas (KTRK) -- Pamela Turner's death two years ago during a confrontation with a Baytown police officer is still one of high interest among national civil rights leaders.

And telling by the size of the crowd at a rally in her name Thursday, getting justice for her in the case is one of high priority for not only her family, but other families of color who have lost loved ones to police actions.

Benjamin Crump, the civil rights attorney who has stood with Turner's family since the May 13, 2019, killing, led the rally that also drew support from family members of George Floyd and Breonna Taylor.

The rally was also buoyed by support from rapper Trae Tha Truth, who recently released a song called "Protect Our Women," an anthem he says takes a stand for Black women like Turner and Taylor who were killed by police.

As for progress in Turner's case, the Baytown officer involved in her killing, Juan Delacruz, faces a May 25 court date on a felony charge of aggravated assault by a public servant. He was indicted by a grand jury last September.

A federal civil rights lawsuit has been filed against a Baytown police officer and the department. Above, attorneys explain why they filed it in the shooting of Pamela Turner, who was killed by police in 2019.

Delacruz's attorney stated in the immediate aftermath that the shooting was justified, but recently surfaced video that has since gone viral shows the officer stand over the woman during a struggle, firing several rounds.

In response to the rally being organized, Baytown police said they had been in contact with Crump through a Department of Justice conciliation specialist. They said they were offering additional staffing and resources in support of the event.

Still, the city offered no comment on the pending litigation against the department or the officer.

Philonise Floyd, the younger brother of George Floyd, returned home to Houston after the conviction of the officer who killed his sibling.