KTRK
HOUSTON, Texas (KTRK) -- The Harris County Sheriff's Office says one of its sergeants has been fired after he published a racist Facebook post in which he referred to Black criminals as "freaking animals" that "need to be put down."

The post reads in part, "Freaking Animals need to be put down!!! These Black criminals can rob and kill White, Asian, other races, and their own Black victims. AND there is NO freaking protest!!! But we bow down to them (Black criminals) when they get killed fighting with arresting officers."

Kributr ended his comment with his thoughts on the death of George Floyd, who died on May 25 in Minneapolis after Officer Derek Chauvin held his knee on Floyd's neck for nearly eight minutes.

He wrote, "Don't get me wrong, it was definitely wrong what ex-Officer Chauvin did to Floyd. Chauvin has been charged on Murder and Manslaughter." 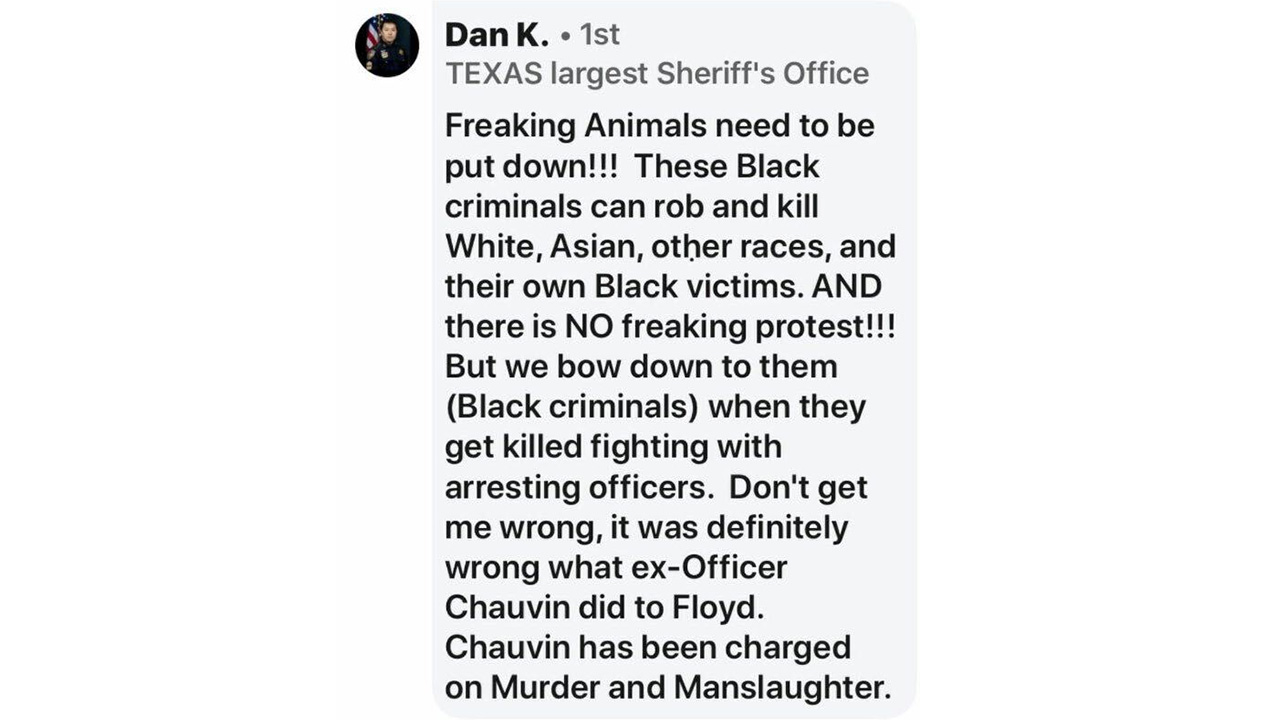 The sheriff's office said, "An investigation was immediately launched and subsequently determined that the employee's post violated policies on employee conduct and social media use."

Kributr was notified of his termination last Friday. It's unclear how long he was with the sheriff's department.
It's also unclear if his Facebook account remains active.

Two weeks ago, the Houston Police Department said one of its employees retired hours before a hearing after he was relieved of duty for posting what was described as a "social media post with racial overtones."

According to a statement released by the department via Twitter, a notice of disciplinary review hearing was set for Monday for Sgt. Robert Clasen featuring Chief Art Acevedo. However, Clasen submitted a letter of retirement hours before the scheduled meeting.