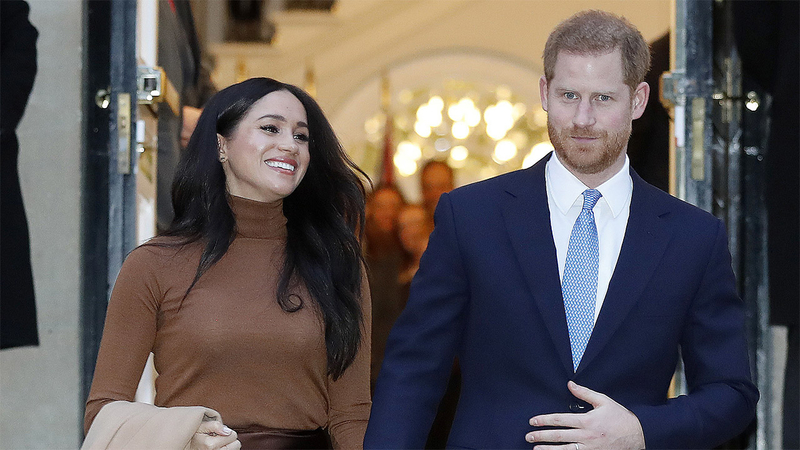 LONDON -- Prince Harry and wife Meghan Markle are giving up their "royal highness" titles and officially stepping back from royal duties, according to a Buckingham Palace statement released Saturday.

The royal family detailed the terms of their agreement with the Duke and Duchess of Sussex, who announced they would step back from royal duties earlier this month. These changes will go into effect in the spring.

The couple will no longer use the titles His Royal Highness and Her Royal Highness, but they are not being stripped of them. Harry, 35, will remain a prince and sixth in line to the British throne.

From now on, they will be known simply as Harry, Duke and Meghan, Duchess of Sussex.

With this agreement, they will no longer receive public funds and will repay $3.1 million of money used for a home near Windsor Castle, the palace said.

"Following many months of conversations and more recent discussions, I am pleased that together we have found a constructive and supportive way forward for my grandson and his family. Harry, Meghan and Archie will always be much loved members of my family," Queen Elizabeth II said in a statement.

The Queen also added that her grandson's family will continue "to uphold the values of Her Majesty."

Buckingham Palace did not disclose who will pay for the couple's currently taxpayer-funded security. The palace said it did not comment "on the details of security arrangements.

The couple previously stated they intend to become financially independent and will "balance" their time between the U.K. and North America.