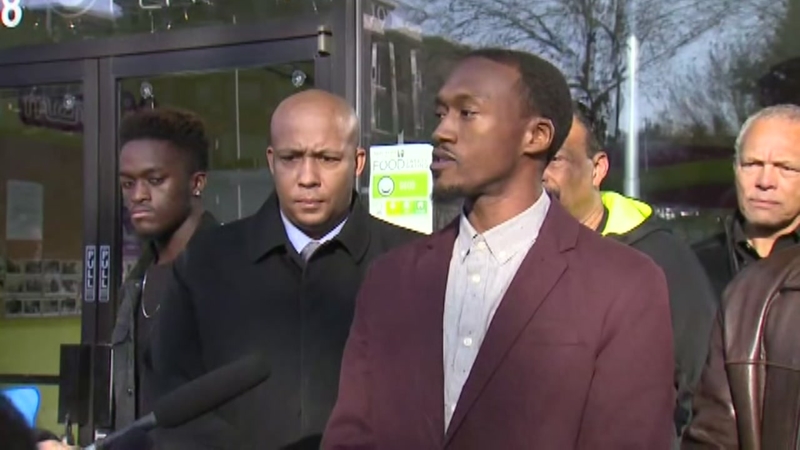 KIRKLAND, Washington -- Police in the Seattle suburb of Kirkland apologized this week for helping the owner of a frozen yogurt shop kick out a black man because employees said they felt uncomfortable.

The owner called officers on Nov. 7 about Byron Ragland, who works as a court-appointed special advocate and was supervising a court-sanctioned outing between a mother and her son, The Seattle Times reported .

Officers responded and told him that the owner of the Menchie's yogurt shop wanted him to leave. Ragland left without incident.

Outrage led police to announce they have launched an internal investigation, and the city apologized Monday. Officials didn't say if the officers violated any laws or policies.

"Our initial assessment showed that the interaction that occurred did not meet the expectations of our community or the high standards we set for ourselves," Kirkland Police Chief Cherie Harris and City Manager Kurt Triplett said in a joint statement.

The incident follows the high-profile arrests of two black men at a Starbucks coffee shop in Philadelphia in April after a manager called police to say they refused to make a purchase or leave.

Ragland gathered with supporters, including local NAACP leaders, on Tuesday outside the Washington state yogurt shop and met with police.

The shop owner, Ramon Cruz, apologized Monday, and an apology note was attached to the door of the business. He had called police on Ragland after his employees said they were "kind of scared because he looks suspicious."

Police arrived and requested Ragland's "full information" and the names of the woman and boy he was with, according to a police report. Ragland, a nine-year Air Force veteran, told officers the request to leave was "not necessary" but left the store without complaining.

Cruz said he had previously encouraged employees to call the police if they felt uncomfortable but will now instruct them to call him. Cruz said he will then visit the store and determine whether to call police.
Report a correction or typo
Related topics:
societywashingtonarrestracismu.s. & world
Copyright © 2021 by The Associated Press. All Rights Reserved.
More Videos
From CNN Newsource affiliates
TOP STORIES