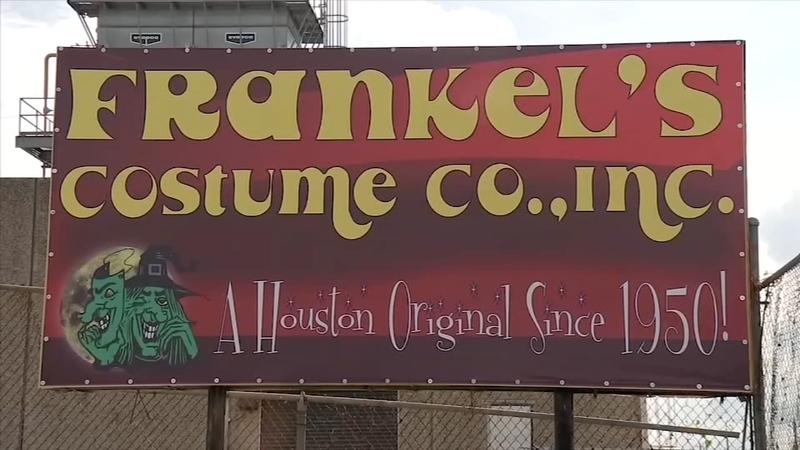 One-of-a-kind items from Frankel's costume up for auction

HOUSTON, Texas (KTRK) -- A one-of-a-kind private magic collection owned by a longtime Houston business owner is going up for auction.

Frankel's Costume Company was a staple in downtown Houston for decades until it closed in 2017.

Now the family is parting ways with more than 1,000 pieces of the magic collection that owner Lonnie held onto for years.

"There are a lot of props, a lot of big props. There's a guillotine, and there are all kinds of magician's tables, magician's boxes," said Lonnie's wife Terrie Frankel.

Terrie and her husband bought Frankel's from his parents in the late 1970s.

RELATED: A walk down memory lane with Frankel's most popular, wild and detailed costumes

"We decided our mantra would be we would do it with dignity, grace and celebration and we did. We fulfilled every one of those pieces of the language that we wanted to," Terrie said.

They did it all except for the celebration part, and that comes now with the auctioning of Lonnie's magic collection.

Terrie says magic has meant so much to so many people in Houston over the years, and she wants to share her husband's treasure trove with them.

"There have been many, many, many students who started out this big at the counter, and now they are professional people. They are doctors and lawyers and all kinds of entrepreneurs in Houston," she said.

Magic was never Terrie's forte. While she appreciates the mystery, she believes these one-of-a-kind pieces should be shared with other magicians.

"Some are real collectibles that companies no longer manufacture, and there are many collectors themselves that will be getting to own them," Terrie said.

The pieces will be up for bidding Jan. 11 at Gallery Auctions.

Remember Frankel’s Costume Company in downtown? It was there for more than 40 years. The owner’s private magic collection is being auctioned off! pic.twitter.com/xr9S7m8ele