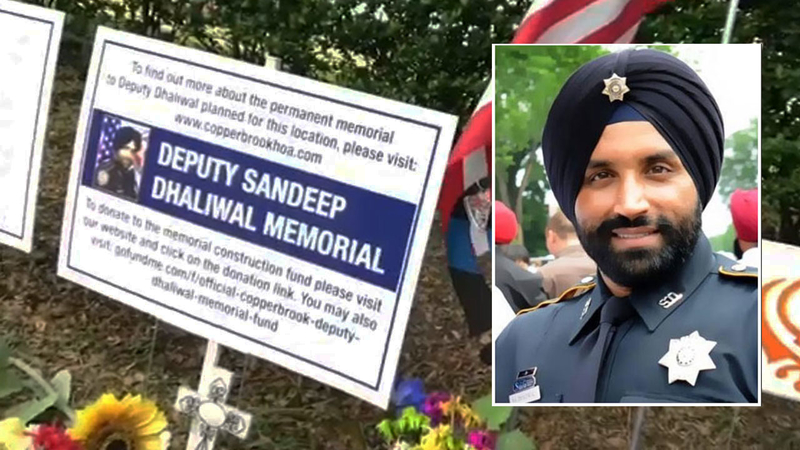 The deputy was shot and killed in the line of duty on Sept. 27 while making a traffic stop. The incident happened near Willancy Court and Willancy Lane, which is inside the Copperbrook neighborhood.

Several residents who live in the area say they knew the deputy very well and were shocked to hear the news of his passing.

"It was within an hour of the police lifting the police tape that people started to place things here," said the vice president of the Copperbrook homeowners association, Sam Hall.

In the weeks since the deputy's death, a temporary memorial at the site where he lost his life has remained. American flags, candles, flowers and messages of love sit just a few feet away from homes.

"Every day since then, people have been coming down," Hall said.

The HOA is now working towards collecting donations to fund a permanent site that would include a seating and meditation area as well as a plaque or monument.

The goal is to collect $50,000 and have the memorial site ready to unveil on the one year anniversary of the deputy's passing.

Anyone wishing to donate can visit the HOA website at copperbrookHOA.com.