WPVI
HADDONFIELD, New Jersey -- Residents of a southern New Jersey town are wondering who left an anonymous and snarky note telling a family their Christmas lights display was sorely lacking.

Angela Beatty said the note appeared on her doorstep in Haddonfield on Christmas Eve.

The letter said the decoration, which features a single tree lit in blue lights, displays "lack of neat, organized and/or classy lighting."

It said it was sent by the "S & V Panel" and urged the family to "reflect on your flaws this offseason and correct them for next year," and enclosed a box of white lights to "jump start your 2020 planning." 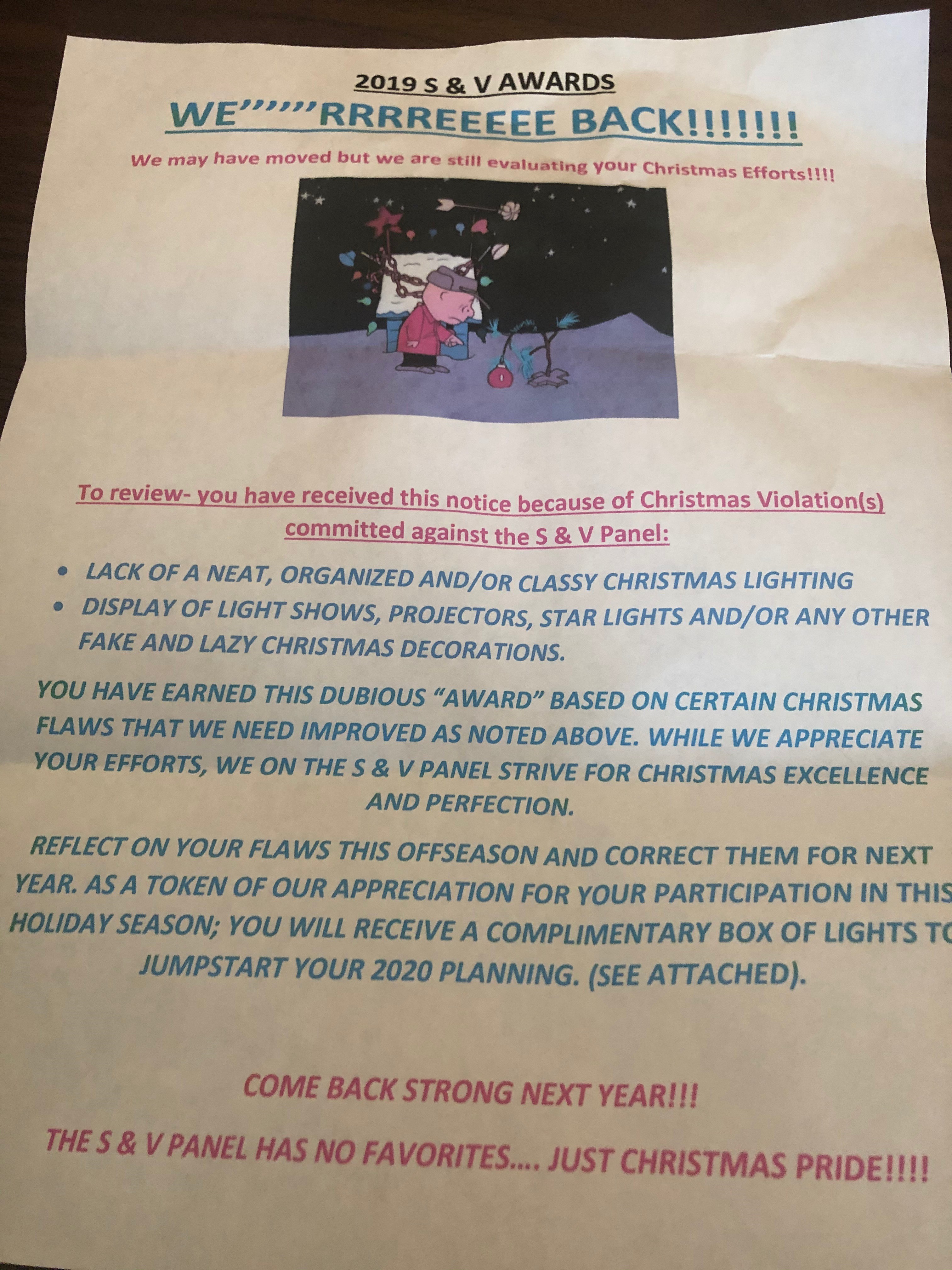 "It was the rudest and most ignorant award from my neighbors," Beatty told the Courier-Post of Cherry Hill. "I've had an awful year, so getting this letter hit a nerve."

Beatty told the newspaper the family has lost a beloved pet this year and is nursing an ill relative back to health. She said the family also was recently involved in a car accident and that she was too depressed to put time into decorating.

"It was unnecessary," Angela's son, Sam Beatty, told Action News on Thursday night. "My grandfather was a policeman in New York and it's lit blue for the police."