Dozens of newly discovered mummies have been unveiled at a burial site in Egypt, according to CNN.

The findings allegedly included the remains of men, women and children most likely from the same wealthy family, according to Egypt's Minister of Antiquities, Khaled El-Enany.

The remains date from the Ptolemaic era, which lasted from 323 BC to 30 BC, and were discovered during an excavation last year.

"Some of them were buried inside stone or wooden sarcophagi, while others were buried in sands or on the floors of the tombs or inside niches," the ministry said in a statement.

The mummies were reported to be in good condition.
Report a correction or typo
Related topics:
societyhuman remains foundcnnhistoryu.s. & worldmummies
MUMMIES 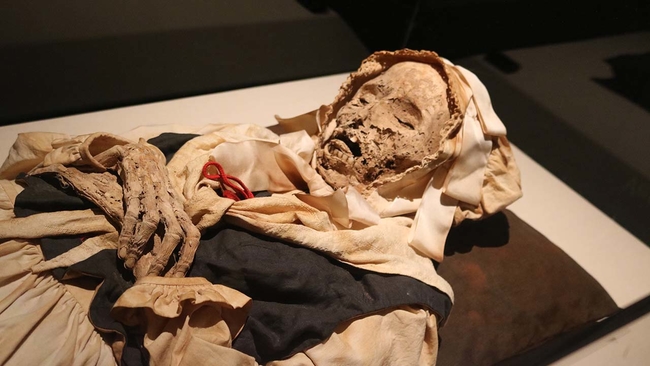