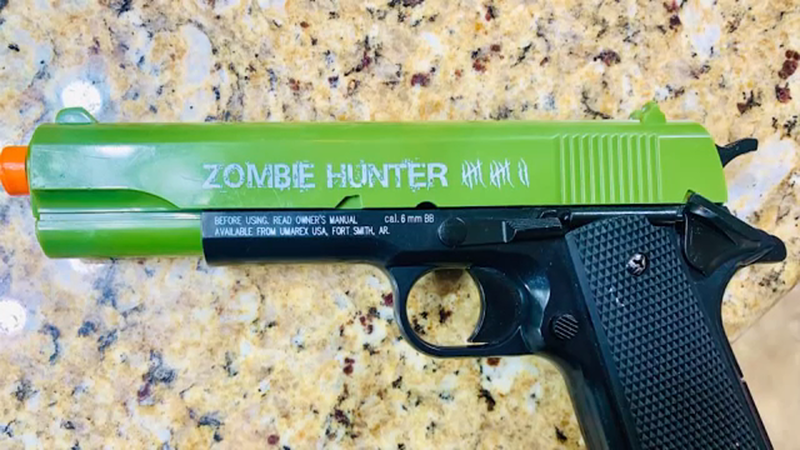 EL PASO COUNTY, Colorado (KTRK) -- Two 12-year-old students were suspended after playing with a toy gun during an online class at home, and one of the mothers spoke out.

The body camera footage released by the El Paso County Sheriff's Office is hard to make out.

Dani Elliot said she was frustrated with how Widefield School District 3 handled the entire incident over the airsoft gun.

"Who thinks that in the privacy of your own home you have to remove items such as toys," said Elliot.

The sheriff's office said the teacher who reported it didn't know if the gun was real or fake.

A spokesperson for the school district said they are working with the family and "examining our current system and how it fits in the world today." They added that staff handled the incident exactly as they would if a student had showed up to school with a suspected gun.

But Elliot is also upset that a part of the video documenting a conversation between the school and a deputy was removed. She said the clip changes the entire tone of the story.

"They cut out seven minutes of the video, including school officials conversation where it included them laughing, so I find that to be very disturbing," said Elliot.

A spokesperson for the sheriff's office confirmed that part was omitted because the teachers in the video were getting death threats.

Elliot argued if there was any concern the gun was real, it shouldn't have taken law enforcement four hours to get to her house.

"It goes into the invasion of privacy," she said.