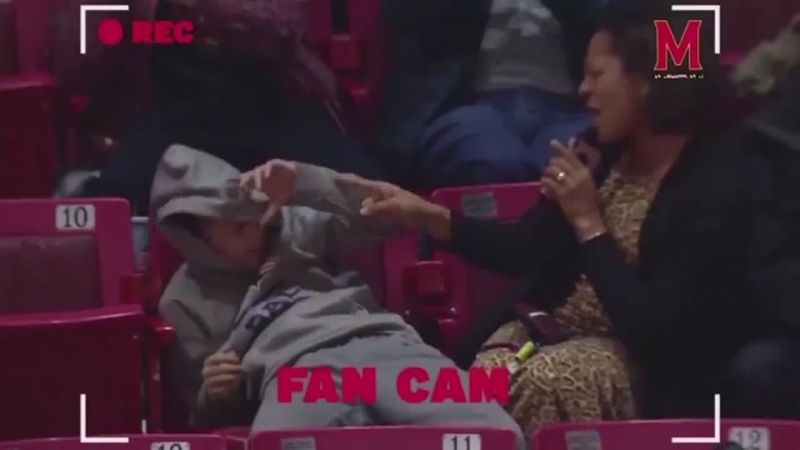 HALETHORPE, Maryland -- A Maryland mom might just be on her son's naughty list after her lip-syncing went viral and embarrassed her son in the process.

Mandy Remmells and her son Blake were at the University of Maryland basketball game Tuesday night when the fan cam focused its lens on her.

Kelly Clarkson's "Since U Been Gone" was on and that's all Remmells needed for her over-the-top performance as her son watched - or tried not to.

"I was like, I love Kelly Clarkson, so I started singing and then, all of a sudden we noticed, 'Oh, they're on us,' and so, I just started singing directly to him, and he was not having it," Remmells said.

Blake tried to bury his face inside his hoodie, but to no avail. Remmells said that just egged her on more.

Blake also hasn't forgiven her yet for the embarrassment.

It turns out, putting on a show is par for the course for Remmels.

She also did the worm at her own wedding last year.
Report a correction or typo
Related topics:
societymarylandviral videokelly clarksonmusicu.s. & worldviral
More Videos
From CNN Newsource affiliates
TOP STORIES