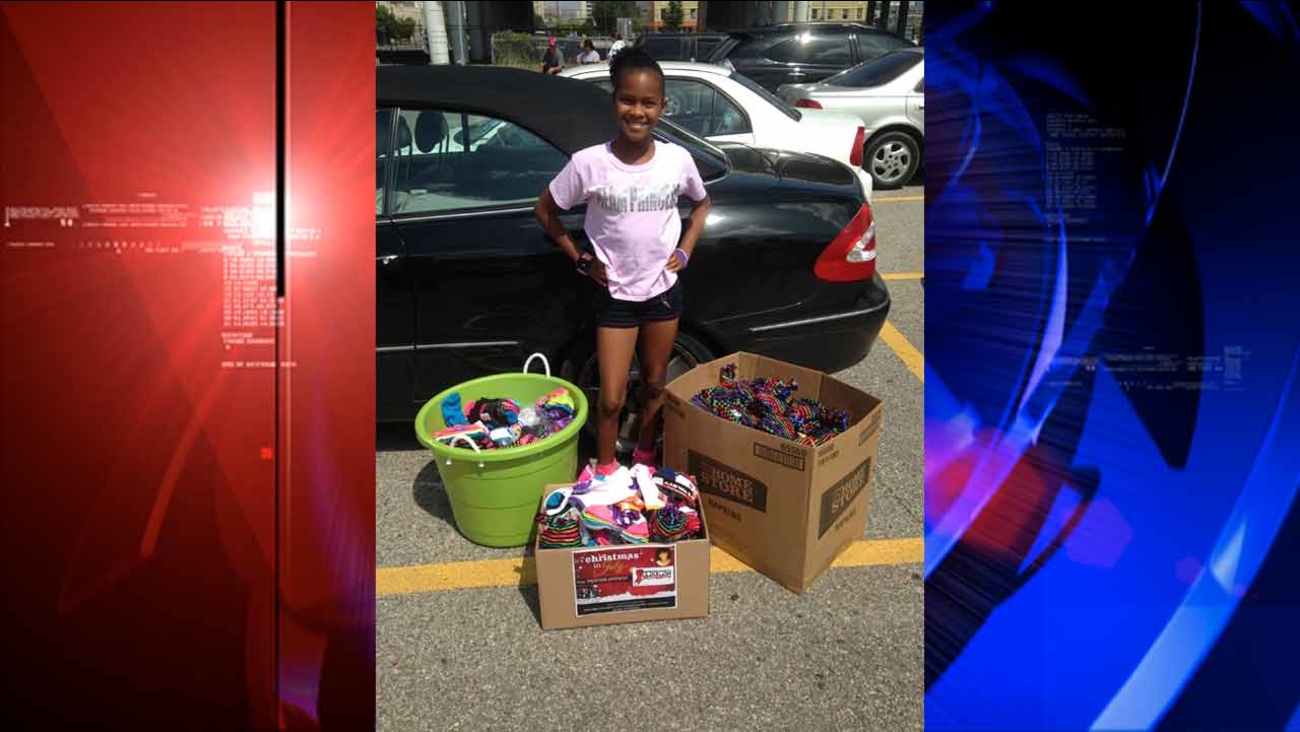 HOUSTON (KTRK) -- Princess Jackson is short in stature, but has a tall order when it comes to her mission in life -- to 'Sock Out Poverty' -- literally.

The 11-year-old actress withstood the hot Houston sun for over three hours Saturday afternoon to help people in need.

Jackson is the creator of the Sock Out Poverty campaign, a non-profit that gives out socks to homeless people.

Saturday's event found Jackson and a group of supporters delivering more than 1,000 pairs of socks to adults and children in downtown Houston. Jackson said she "likes collecting socks" and got the idea after seeing a homeless persons bare feet as he walked down the street. Her purpose is to 'spread socks to those in need,' throughout the city.

Jackson says it's about spreading love.

"Some of these people can't even afford socks, but to be able to give them socks makes me feel good, and makes them happy," she said.

Jackson's core volunteers, Team Princess, braved the heat with her to make sure everyone who needed socks received a pair.

Her mother, Phyllis, says she is proud of her daughter but not surprised by her generosity because she's always been a child to give.

You'd think that Jackson and her group would make this a cold weather event, passing out socks when the temperatures dip down below freezing, but Jackson says socks are needed year round.

Jackson has gained support from big named sponsors including Walmart.

Jackson has been featured in a national brand campaign for Wholly Guacamole and has also starred in two short films, one of which has been selected to show in the San Diego Film Festival.