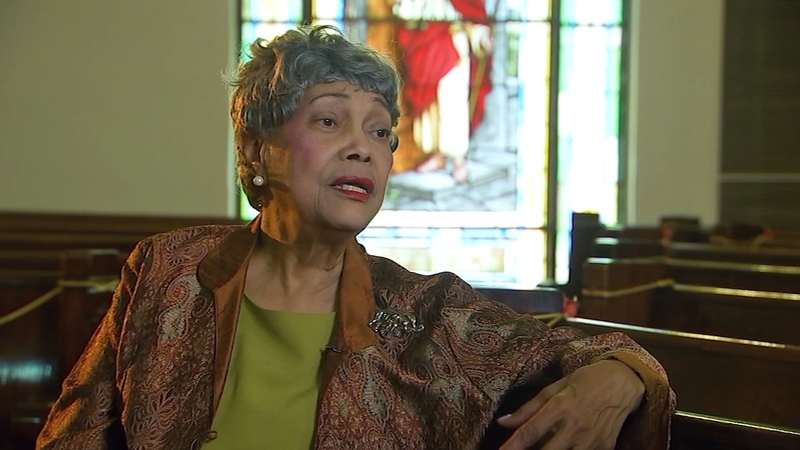 HOUSTON, Texas (KTRK) -- He's a Houston hero who adopted this city then changed it profoundly. Jack Yates was born a slave in Virginia then bought his own freedom.

But he went back into slavery to follow his family to a plantation in Matagorda County.

When the Emancipation Proclamation was read in Galveston on June 19, 1865. It meant slaves were free, but many had nowhere to go.

In the video below, ABC13's Melanie Lawson explains why Yates moved his family to Houston.
EMBED More News Videos

Jack Yates and his family had nothing to start their new lives with - just the clothes on their backs. But he left the plantation in Matagorda County, seeing the young city of Houston as a place of work and opportunity.

As you explore the city of Houston, many may not know that several landmarks were built by former slaves. Many were envisioned by Yates, who wanted his newly-freed people to become full citizens of Houston.

He helped many build their own homes and businesses, but one of the first institutions he took part in was a church that still stands today.

Antioch Missionary Baptist Church is the oldest Black Baptist church in Houston and is celebrating its 155th anniversary this year.

After first holding services on the banks of Buffalo Bayou, the church now sits in downtown Houston. It's now surrounded by huge skyscrapers in downtown Houston, but from the beginning, Yates wanted even more for his members than simply a beautiful place to pray.

Houston has several landmarks built by former slaves. Many were envisioned by Jack Yates, who wanted his newly-freed people to become full citizens of Houston. ABC13's Melanie Lawson explores how that church changed the lives of so many.

Meanwhile, President Joe Biden signed into law on Thursday a bill to make Juneteenth, or June 19, the 12th federal holiday. The House voted 415-14 on Wednesday to send the bill to Biden, while the Senate passed the bill unanimously the day before.

It was an emotional moment for many. Now imagine the way it must have felt to learn you were finally free. The joy of knowing you were no longer someone's property.

After celebrating, former slaves had to learn how to live free. Yates made it his mission to teach them how.

As a minister, Jack Yates wanted everyone to learn how to survive and thrive in their new world.