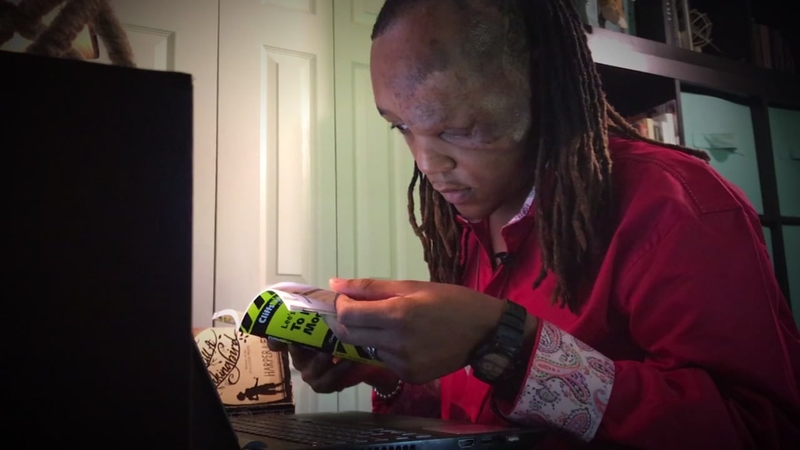 Though there have been tough days since then, his spirit has always persevered.

"He would walk up to people at 5 and say 'Hi, my name is Tyrese. I have NF. I saw you staring at me,'" his mother, Ishma Blackwell, said.

Eighteen years later, he could teach an adult a thing or two about acceptance as the young man prepares for college.

Blackwell often faces ridicule for his Neurofibromatosis, known as NF. It's a disorder with no cure, leading to tumors, including the one on his face.

"It does have its ups and downs. Alien, monster, one eye," Blackwell said, of the names he's been called. "Parents have removed their children from me, thinking I can give them what I have."

The young man is remarkably composed. Spend a morning with him and the reason becomes clear: a little help from his mother.

"When I was little, she used to put me in front of the mirror and say that I am a very handsome, smart, intelligent young man. Nobody can tell you differently. You're a child of God," Blackwell said of his mother.

Both mother and son credit another Houstonian living with NF with paving the way for others.

Reggie Bibbs learned along his journey to break the ice first, telling those around him to "just ask" about his condition.

"Seeing him smile, just ask, that's how I want to be," Blackwell said.

For Tiger Coffman, NF impacts his ability to get around.

"I don't worry. Instead of worrying about it, I live for today," Coffman said.

Though the disease may have placed some road blocks in his life, he is the first to tell you NF won't stop him.

"We can't control what happens to us. We can control how we react to it," Coffman said.

At one point, he was told he wouldn't walk again but instead of throwing himself a pity party, Coffman hopes to one day become a software engineer.

In the meantime, Coffman is writing a book called 'Love My Difference,' refusing to hide his NF.

"I believe God has given everybody their purpose in life," Coffman said. "This is mine to deal with."

The Children's Tumor Foundation says one in every 3,000 people are born with a form of NF. The Centers for Disease Control and Prevention estimate 100,000 people are living with NF in the United States.