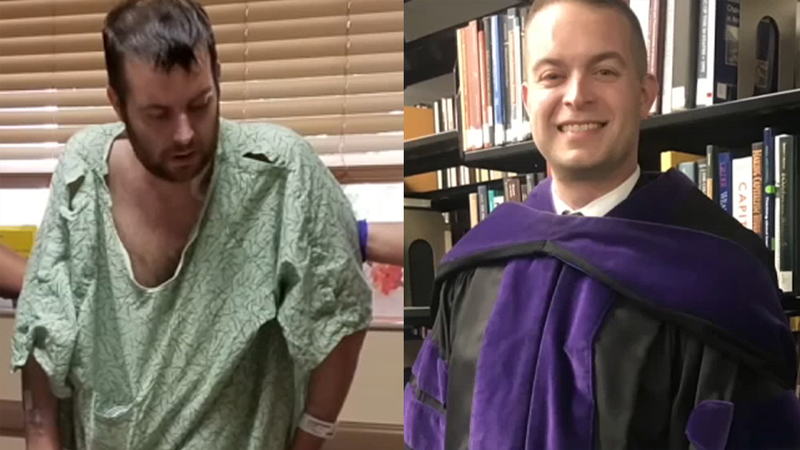 HOUSTON, Texas (KTRK) -- A Houston man has defied medical odds by going from his death bed to walking across the stage for his law school graduation.

John Cross suffered severe pancreatitis with life-threatening complications in May 2016. Doctors placed him on life support. Cross remained on a breathing machine for six weeks.

Would you rather take the bar exam or open a bar? Bonita Billings did just that

"They said, 'Johnny has had a pancreatitis attack. It has taken over his body. His kidneys are gone. His liver is failing. His lungs have collapsed,'" said Boring. "They said, 'we're giving him 12 hours to live. I don't want to rush you on this. Start making your arrangements. Do what you need to because your son is going to die.'"

At just 16, Haley Taylor Schlitz has been accepted into nine law schools.

Cross woke up in the summer of 2016. He said the first thing he worried about was law school.

He has dreamed of being a lawyer since he was a kid. He wanted to know if it was still possible.

"If you have a dream, go for it. I mean it didn't work out the way I wanted it. Law school takes 3 years. It took me 5 years," said Cross. "I love Kelly Clarkson. Whatever doesn't kill you, makes you stronger."