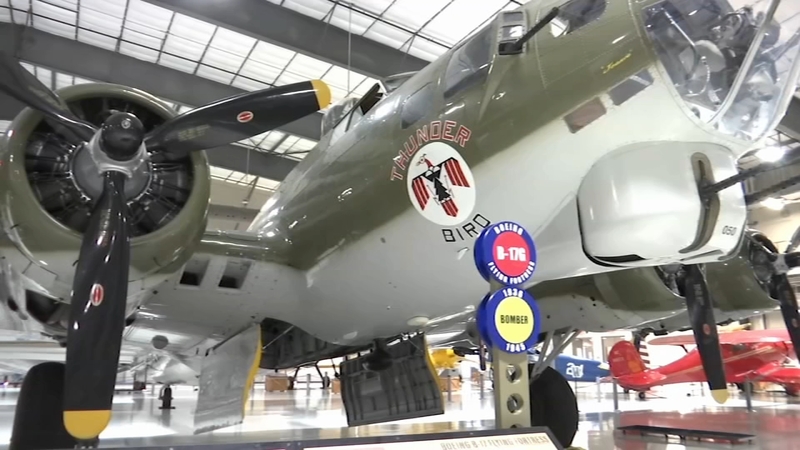 Houston home to rare B-17 bomber

HOUSTON, Texas (KTRK) -- The FAA continues to investigate what caused a historic B-17 World War II-era bomber to crash into a building shortly after taking off from a Connecticut airport killing 7 people.

The B-17 "Flying Fortress" was one of a few still in existence in the U.S. One of those aircraft is in Houston at the Lone Star Flight Museum at Ellington.

"The B-17 is an aeronautical marvel, if the sheer size of the aircraft isn't magnificent enough, the story of how it came to be, is truly American, " said Chris Richardson of the Lone Star Flight Museum.

"It was built by the Boeing company in the late 30s. It was built as an answer to a request for a heavy bomber," said Richardson.

Richardson said Joanie never saw action in WWII, "It was produced in 1945 and had the war been extended, it certainly would've seen combat time, but eventually made its way to Europe."

For a period of time, the French owned the plane, but in the late 80s, she was brought back home to the U.S. and restored. The museum's founder, Bob Waltrip bought it and she's been at the Lone Star Flight Museum ever since.

"It's wonderful, it's walking through history. It's like jumping into the past," said Richardson.