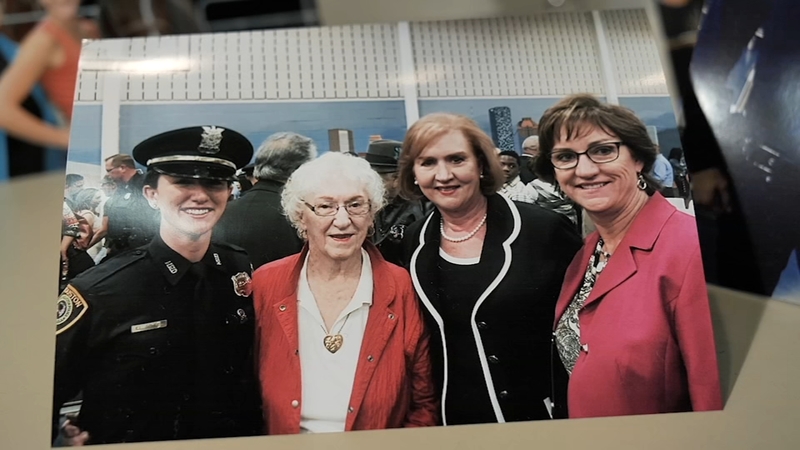 In 1953, Bonnylee Montero became one of the first female officers ever to join the Houston Police Department.

At the time, women were not allowed to train at the police academy, so she studied law books and took a test before she was sworn in.

"The fact that she had to police in a skirt and high heels, click click click, running after the crooks, that's tough," said Montero's granddaughter, Houston Police Officer Elizabeth Scheibe.

Over the years, Montero proved to be a trailblazer. She developed a crime analysis system so advanced, Scotland Yard sent an investigator from London to train with her. She won numerous awards, including the 100 Club of Houston's award for Officer of the Year for Investigations in 1980.

"I became hooked on the police department. I would have worked for free," she recalls. "It was a fascinating job."

"It's phenomenal to have it because it just provides the opportunity to tell about her and her story," says Officer Elizabeth Scheibe. "She was definitely a pioneer for her time and the epitome of a can-do woman."