Houston attorney to the stars opens up about high-profile cases 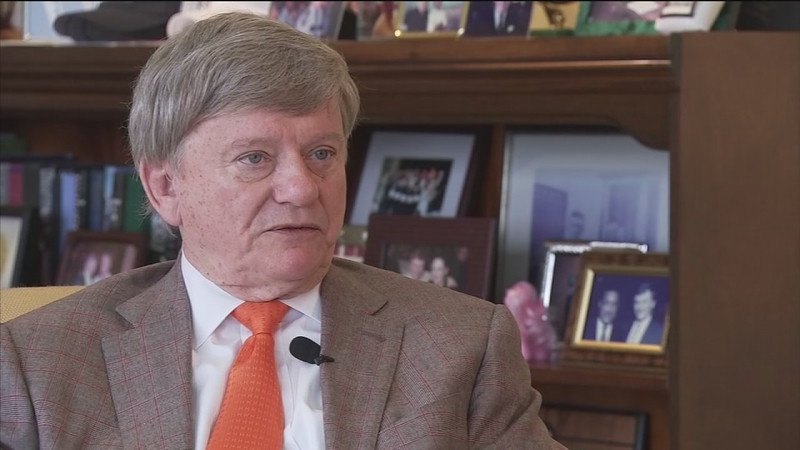 Houston attorney to the stars opens up about high-profile cases

HOUSTON (KTRK) -- Houston is known for having some of the most colorful attorneys in the country and their cases often end up in the national headlines.

But local lawyer Rusty Hardin has represented more of the rich and famous than almost anyone.

Now that his own fame nearly rivals that of his clients, it's hard to believe that he almost did not become an attorney at all.

"I almost didn't get into law school. There used to be a trivia question in the DA's office. What senior lawyer was rejected by 22 out of 23 law schools? Twas I," Hardin said.

The 23rd school that accepted him was Southern Methodist University.

When ABC-13's Melanie Lawson asked how he knew he would be a good lawyer, he answer was, "I didn't."

"I just knew it was something I wanted to do. I didn't know I'd be as lucky as I have for as many years, and I still don't know why," said Hardin.

"If I've had any advantages, it's that I'm not the brightest person in the world," Hardin said.

Hardin says that is the reason why he connects so well with juries.

His career has been anything but average with high-profile clients ranging from evangelists to athletes. One of those was the former Houston Oilers quarterback charged with domestic abuse, even though his wife opposed.

"Warren Moon. Great guy who recognized that no matter what he did, people were always going to believe he did it," Hardin said.

Hardin also represented a local pastor who was accused of assaulting a flight attendant.

One of his most publicized clients was Roger Clemens when he was charged with using steroids.

"One of the most misunderstood people in sports," Hardin said of the former MLB star. "A super, super person and somebody I think has gotten an incredibly raw deal. Didn't do it and had the guts to refuse to say he did just to get out of it."

Still, he warns being famous can be a trial while on trial.

"They get some breaks being kept out of the system, but once they're in the system, they're treated more harshly, quite frankly because no one wants to look like they're doing a favor for a famous person," Hardin said.

His most infamous case was against late Playboy model Anna Nicole Smith, who sued to get the half billion dollar estate of her 89-year-old husband J. Howard Marshall.

"I would never have imagined that would have grabbed people's attention the way that it did," Hardin said.

One exchange in particular during the six-month case still gets brought up.

"I still sometimes will be on a plane, and some little blue-haired lady in the back will yell, 'Screw you, Rusty' as I'm putting my bag up," Hardin said.

Hardin said he takes it as a badge of honor.

He admits he will not take on every case.

He also said he stays away from people he does not like.

What does it cost to have Hardin take on a case?

"It's much more than a boy from Monroe, North Carolina is comfortable saying out loud," Hardin said.