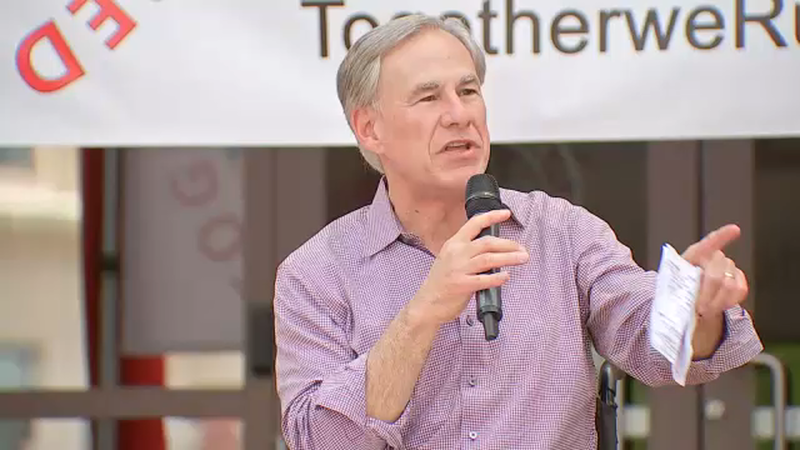 SUGAR LAND, Texas (KTRK) -- Gov. Greg Abbott is set to speak at a rally in Sugar Land Saturday morning in support of the Asian-American community following the growing violence against its members during the pandemic.

"We are with a Republican party of Fort Bend County, a party whose leadership and whose participants are providing a leadership role that we stand with a clear voice that we are not going to tolerate hate or indifference or lack of equality for anyone in this state," said Abbott.

Abbott said that when he started, Fort Bend County did not look the way it looks now.

"Now it does because people from all different kinds of backgrounds know the state of Texas and Fort Bend County offers opportunity to absolutely everybody," he said.

A rash of hate crime incidents have unfolded against Asian American and Pacific Islander people across the U.S. The March 17 attack on Jung Kim at Uptown Beauty Supply No. 10 became the area's first hate crime against the AAPI community in 2021.

Organizers of the "Together - We Are United" rally called on Fort Bend County residents to denounce violence against the AAPI community and will be asking people to work toward unity and respect.

"We live in a state where violence is not tolerated," said Abbott. "We also stand against race baiting."

Race baiting are verbal attacks against members of a racial group.

Another group was also out making their voices heard in protest against violence towards the Asian-American community. The group "Community Against Hate" organized a rally which was held on Sunday in front of the Fort Bend County Justice Center in Richmond.

Fort Bend County Judge KP George said local leaders got together a few months ago and developed a plan to celebrate diversity.

George also said Fort Bend is one of the most diverse counties in America and can set a standard of tolerance for the rest of the country.