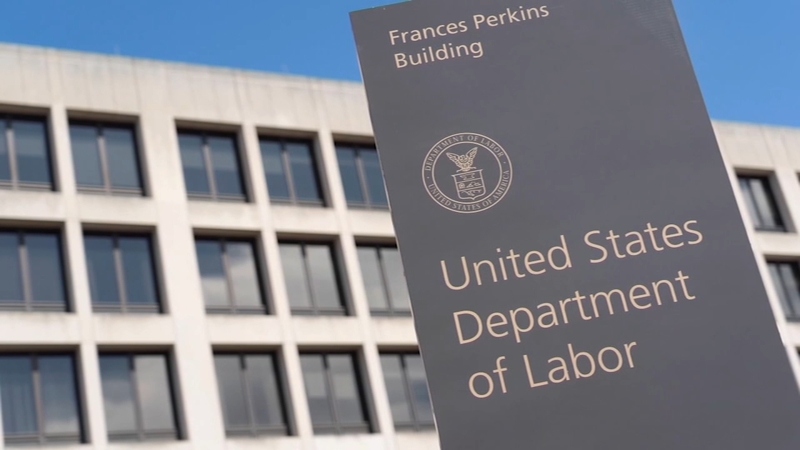 KATY, Texas (KTRK) -- Gov. Greg Abbott told the U.S. Department of Labor on Monday that the state of Texas will opt out of further federal unemployment compensation related to the COVID-19 pandemic, according to a statement by the governor's office.

According to the governor, the benefits will be discontinued starting June 26, meaning Texans will no longer see the $300 weekly unemployment supplement from the Federal Pandemic Unemployment Compensation program.

"The Texas economy is booming and employers are hiring in communities throughout the state," said Abbott. "According to the Texas Workforce Commission, the number of job openings in Texas is almost identical to the number of Texans who are receiving unemployment benefits. That assessment does not include the voluminous jobs that typically are not listed, like construction and restaurant jobs. In fact, there are nearly 60% more jobs open in Texas today than there was in February 2020, the month before the Pandemic hit Texas."

The governor cited Texas Workforce Commission data that showed nearly 45% of the jobs posted are offering wages more than $15.50 per hour. In addition, approximately 76% pay more than $11.50 per hour, the data added.

The governor said he has shifted his focus to help unemployed Texans connect with more than a million job openings.

TWC estimates that nearly 18% of all claims for unemployment benefits during the pandemic are confirmed or suspected to be fraudulent, which totals more than 800,000 claims, worth as much as $10.4 billion, if all claims had been paid.

But for Susan Winner, it's a different story. She lost her job during the pandemic.

Winner said she only receives $81 from the state in unemployment benefits every two weeks which is why the extra $300 has been crucial for her.

"We still wait in food lines for that extra help," Winner said. "Without that extra $300, I don't know where we'd be."

President Joe Biden is defending his $2 trillion COVID-19 stimulus plan as the U.S. reported a slowdown in job growth.

University of Houston Professor Dietrich Vollrath said ending the benefit early would be a mistake.

"It's incredibly unsurprising a bunch of business owners would like there to not be competition for labor, and they would like to hire people back at relatively low wages," Vollrath explained. "Their other option is to raise wages."

SEE ALSO: Here's how you can land a job in this growing Houston-area community
EMBED More News Videos

There's no time like the present to get hired! Here are some of the jobs available and how much they pay.

"[We are] trying to match at least what some people are making in unemployment with the $300, but not even with that, we don't get employees," Tony's Tex-Mex human resources generalist Cintya Alamis said.

Meanwhile, economists aren't sure boosted benefits are the issue. They said the pandemic and childcare are a bigger problem.