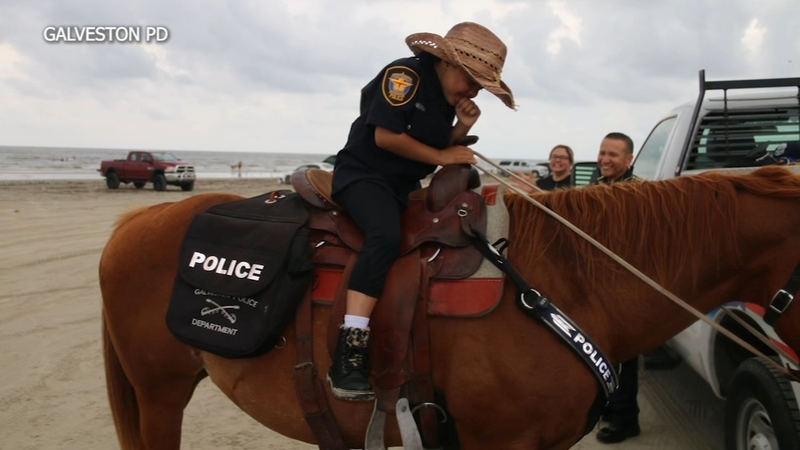 GALVESTON, Texas (KTRK) -- A young girl's dreams were made true when officers from a Texas police department granted her wish by taking her on a beach-side horse ride in Galveston.

Officers with the Galveston Police Department heard that Adriana Nixon has always wanted to ride horses on the beach. Officials quickly jumped into action and planned the walk in hopes of putting a smile on the young girl's face.

Adriana was diagnosed with stage four Hepatocellular Carcinoma (HCC) liver cancer in July 2019. She was named an honorary Fort Worth Police Department junior officer after expressing her appreciation for law enforcement.

Galveston police took Adriana on a tour of the island along with other GPD mounted officers. She rode one of their horses named Finn.

According to a release from the City of Galveston, Adriana also enjoys softball, school, art and building Legos when she's not hard at work being a junior officer.

GREAT JOB, ARCHER! Thanks to The Texas Department of Transportation and Make-A-Wish for making this 6-year-old's wish come true!