From Quakers and figs, how Friendswood came to be 124 years ago

Friendswood: town full of friendly folks for over 124 years.
KTRK 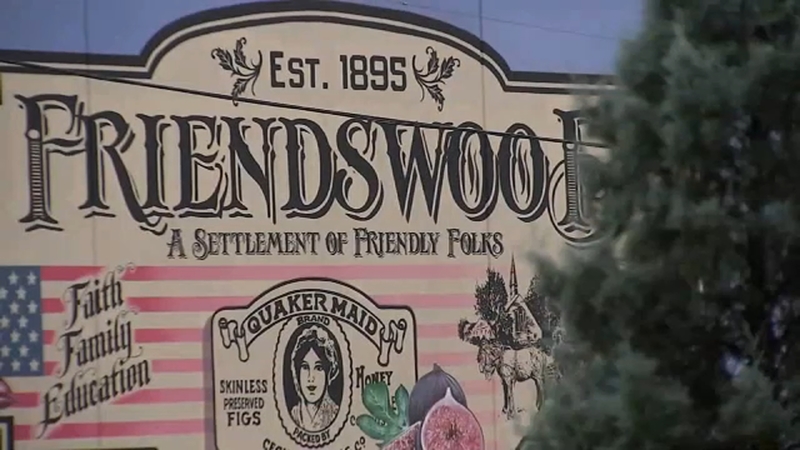 FRIENDSWOOD, Texas (KTRK) -- One hundred and twenty-four years ago, a handful of Quaker settlers planted the seed for what would become the city of Friendswood. Those founding families would not recognize the place it has become.

Joycina Baker, 90, remembers when she moved to Friendswood as a 20-year-old bride.

"My mother thought I had moved to the ends of the earth. I was from Wichita, Kansas," said Baker. "We had no bank, no funeral home, not even a post office in 1949."

A few years later, she and her husband opened Baker Food Market.

The town incorporated in 1960. "Texas City was looking to annex us, so we had to protect ourselves," explained Baker.

The church built by the Quaker families in Friendswood is said to have been constructed with timber, which was knocked down by the 1900 storm. It was the center of the community, with a school on the upper floor that attracted students from around the area.

The building was later replaced with the stone church that stands today, and is home to a congregation of about 300.

Agriculture played a major role in the town's commerce. At one point, there were two fig preserve factories in Friendswood. Due to the favorable climate, fig trees were abundant in the area.

Today, those orchards have been replaced with businesses and houses, but to Baker the town has still retained its original charm.

"Friendswood is really different, but it's still a great community," expressed Baker.

A replica of one of the original settler homes is now home to the Frank J Brown Museum, with artifacts curated by Baker. The museum is located at 108 Skyview Terrace, and is open to visitors.