KTRK
By Ted Oberg
HOUSTON, Texas (KTRK) -- The U.S. government wasted millions of your dollars on a tent city built to house 2,500 adults. It never held more than 66.

On average, the camp held just 28 migrants detained as they crossed the U.S. border into Texas. For every one of the migrants at the camp, U.S. taxpayers paid eight people to guard each one and the camp they were housed in.

In all, it was millions of dollars in federal spending that watchdogs now question.

The findings come from a report released Thursday by the General Accounting office, the federal government's wasted money watchdog.

Late last year, in the midst of a migrant surge over the Texas-Mexico border, the United States Customs & Border Protection division opened a tent camp for adults in Tornillo, Texas, just outside El Paso. It was close to another, more controversial, camp in the same city built for unaccompanied teens. Thursday's audit did not consider that. 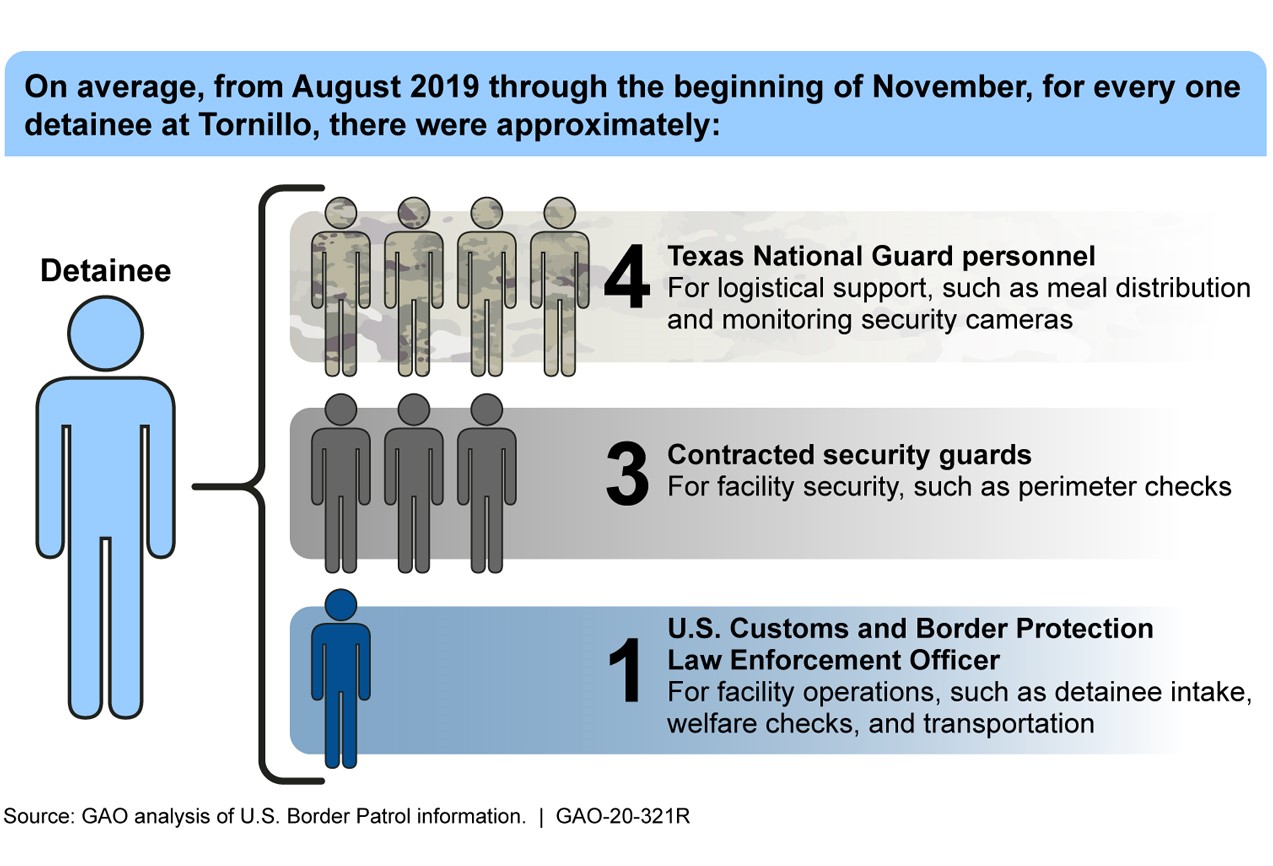 Among the other findings, federal taxpayers paid $5.3 million for meals CBP never ordered. The original contract called for three meals per day for 2,500 people, the total capacity of the camp. Only 13,428 meals were ever ordered.

CBP responded to auditors saying in part, "With the benefit of hindsight, GAO's draft report questions the adequacy of CBP's acquisition and oversight approach, based primarily on conclusions that the government paid for more capacity than was needed, for a longer term than was necessary. It is important to note that CBP did not have the benefit of hindsight as it made day to day decisions based on assessments of the risks involved with various solutions."

The agency did say it would agree to an audit of the program.

Have a tip for Ted Oberg? A problem to solve? Get in touch with us on our tip page, or send a tip below. (On mobile? You can open our form by tapping here.)
Related topics:
societyhoustonted oberg investigatesborder patrolimmigration
Copyright © 2021 KTRK-TV. All Rights Reserved.
TED OBERG INVESTIGATES